Juventus have taken a step closer to securing an eighth straight Serie A title, as they came from a goal down to defeat Milan 2-1 at the Allianz Stadium on Saturday evening.

The visitors took a deserved lead five minutes before the break in Turin as Tiemoue Bakayoko slid a clever though ball into the path of Krzysztof Piatek, who fired past his Polish counterpart Wojciech Szczesny from the centre of the Juventus penalty area. The opening goal came just moments after Gennaro Gattuso’s side had a three minute VAR penalty review turned down following a potential Alex Sandro handball. Referee Michael Fabbri had another penalty call to make just before the hour mark, however on this occasion Matteo Musacchio’s clumsy challenge on Paulo Dybala was adjudged to have been worth awarding a spot kick to the home side, without the assistance of VAR. Dybala picked himself up to convert past Pepe Reina to pull the Bianconeri level.

The turnaround was complete for ​​​Juventus​ as second half substitutes Miralem Pjanic and Moise Kean linked up on the edge of the ​Milan area, with in-form Bianconeri prodigy Kean providing a clinical finish to give his turbulent week amid the scenes of racist abuse at Cagliari on Tuesday, Here is our breakdown of the match at the Allianz Stadium.

It would take something catastrophic for the Bianconeri to not lift their eighth straight league title, with Massimiliano Allegri’s team 18 points ahead of their closest challenges Napoli ahead of kick off against Milan.

With the league title looking like a formality, it may seem as though Juventus could step off the accelerator as the season nears it’s conclusion. However, with the Old Lady still in contention in the Champions League, league form could be a helpful boost in preparation for important European ties such as their clash against Ajax on Wednesday night. Kean’s late strike means that Allegri’s team will arrive in Amsterdam on a high, having fought hard to comeback to beat a highly competitive Milan team.

In a far from vintage performance from the defending champions, it was Allegri’s substitutions which made all the difference as a piece of creative genius from Pjanic found in form Kean for the winner.

The 19-year-old is currently the most talked about Italian young talent, and with three goals in Juventus’ last three Serie A games, his importance at his club seems to be growing further and further with each game.

After a worrying period of domestic form, a trip to Juventus is likely to have been the last fixture that Milan would have wanted.

Manager Gennaro Gattuso was less gung-ho in his approach that he was in the Rossoneri’s last match against Udinese, as the Italian dropped Patrick Cutrone in favour of a five man midfield. 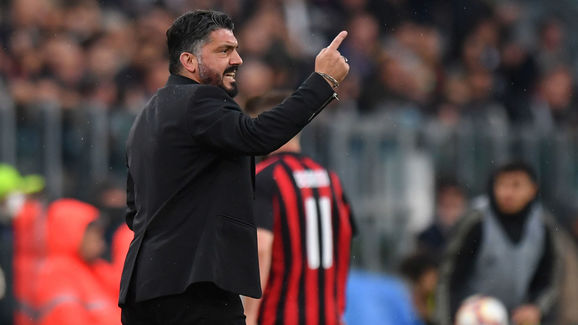 The Polish striker grabbed his 20th Serie A goal of the season in Milan’s defeat at Juventus, and battled valiantly all match, despite being out numbered by opposition defenders as he played a lone role in the Milan attack.

Krzysztof Piątek has now reached double figures across all competitions for two different clubs this season:

It’s his first season in one of Europe’s top five leagues. 勞 pic.twitter.com/tKcGuRxWMc

The 23-year-old will have been disappointed to not have opened the scoring within the first few minutes of the game, as he put a header wide, however he is proving to be a very valuable asset to Gennaro Gattuso’s side since joining them from Genoa in January.

Bakayoko deserves as much credit as Piatek for the goal. It was his pressure that poked the ball from behind away from Bentancur then slid it through for Piatek.

Massimiliano Allegri’s team will fly to the Netherlands and switch their attentions to their European commitments on Wednesday night as they take on Real Madrid conquerors Ajax at the Johann Cruijff Arena in the Champions League quarter finals.

Milan face a huge clash against Lazio next Saturday at the San Siro,