​Juventus have agreed a swap deal with Roma to sign left-back Luca Pellegrini, with Leonardo Spinazzola set to move in the opposite direction.

Pellegrini has blossomed into one of the Serie A’s most exciting left-backs, attracting serious interest from AC Milan. However, according to ​Gianluca Di Marzio, it is ​Juventus who have won the race for the 20-year-old’s signature, striking a deal which will see Spinazzola head to Roma.

The two clubs are now thought to be working to agree personal terms with their potential new signings, but that is not expected to prove problematic. Both will undergo medicals on Saturday, in the hope that the deal will be finalised soon after.

After returning from a serious knee injury, Spinazzola struggled to displace ​Alex Sandro in Juventus’ starting lineup, but found himself given plenty of opportunities towards the end of last season under former manager Massimiliano Allegri. However, he now appears set to leave the club this summer, bringing an end to his nine-year tenure with the Bianconeri.

Spinazzola will be replaced by Pellegrini, who thoroughly impressed during his loan spell with Cagliari last season. He made 12 appearances for the club after his January move, grabbing an assist for good measure. 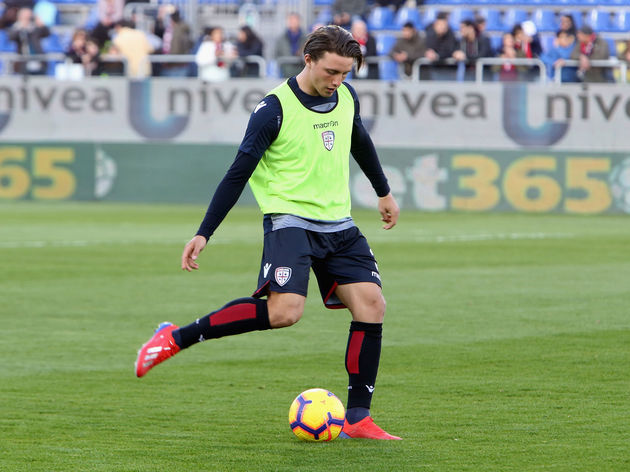 Primarily a left-back, Pellegrini is comfortable further forward on the left wing and has even operated as a central midfielder at times. This versatility is thought to be incredibly appealing for Juventus, who had to fend off interest from ​Milan to get this deal over the line.

In total, he managed just six appearances for Roma, who struggled to find a place for Pellegrini in their starting lineup.