​Juventus and Tottenham have both been credited with fresh interest in Paris Saint-Germain midfielder Adrien Rabiot, as the midfielder prepares to leave the club for free this summer.

Rabiot’s contract situation was one of the biggest transfer stories earlier in the season, as the 24-year-old caused ructions with his adamant refusal to put pen to paper on a new deal with the Ligue 1 side. He was believed to be close to a pre-contract move to ​Barcelona, but seemingly excessive wage demands coupled by the Catalan side’s signing of Ajax midfielder Frenkie de Jong put it on the back burner, and interest fizzled out.

Now, as per Paris United on Twitter, it seems ​Juventus and ​Tottenham have emerged as the frontrunners to bring him in on a free, with Juve leading the charge due to his reservations over a move to the Premier League side.

 The Turin club will try to negotiate for lower wages as he still isn’t keen on joining Tottenham who are also interested. Ndombele’s representatives have also met with Juventus. Lyon have already received offers from several English clubs for the Frenchman.

It seems as if his wage demands are still causing problems in negotiations, with his mother Veronique – who acts as his agent – reported to be asking for an unreasonable salary.

With Aaron Ramsey already in the door and Miralem Pjanic, Blaise Matuidi, Emre Can, Sami Khedira and Rodrigo Bentancur all contracted, it seems Juve are well stocked on midfielders, so may not want to spend exorbitant wages on another central player. However, at least two of the above have been tipped for a move this summer.

If Juve decide against a move, that may open the door to Spurs to sway him on a move to North London. While it seems he isn’t keen for now, their fortunes in the Champions League final may change that – especially if a move to another major European side is not forthcoming. 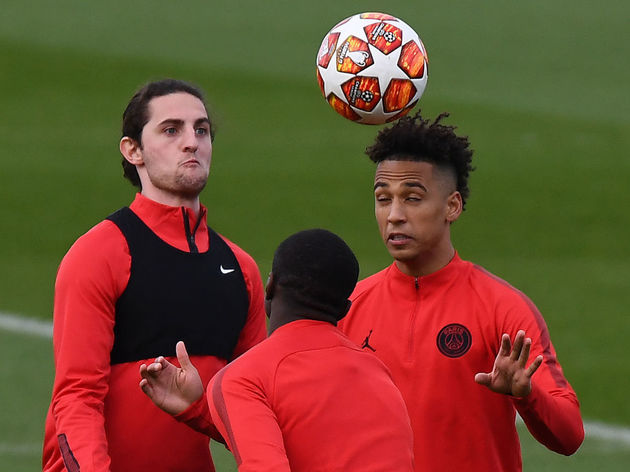 Interestingly, the report also notes a connection to PSG’s move for Lyon star Tanguy Ndombele. Both Paris and Juve are reported among the sides to have submitted offers for the midfielder, and if Juve pip the Parisians to the midfielder, then it would almost certainly spell the end of any pursuit of Rabiot.