​Juventus chief Fabio Paratici has revealed that he feels forward Paulo Dybala has what it takes to emulate Barcelona’s Lionel Messi if he remains at the Allianz Stadium.

The 26-year-old, who came close to leaving the club in the summer, has proven to be a key player under Maurizio Sarri, bagging 11 goals and 11 assists in all competitions this season. He is understood to be negotiating a new contract and there is an optimism that things could be finalised in the near future. ​Dybala has often been compared to ​Messi because of his Argentinian nationality, and Paratici told Rai Sport (via ​Goal) that he is confident Dybala can emulate his compatriot if he commits his future to the club.

“We are very happy with Dybala, he is our number ten,” he said. “We’ve invested heavily in him and hope he can be ​Juventus’ Leo Messi.”

Dybala’s ability to play alongside ​Cristiano Ronaldo is something which has often come into question since the Portugal international’s move to the club in 2018. Ronaldo has often taken up the central striker role, leaving Dybala forced to settle for a spot out wide.

Ronaldo fired home 28 goals last season – a tally he is almost certain to improve on this year – and Paratici also confirmed that Juventus are confident he will still be at the club for years to come, saying: “There are no doubts [about his future].”

Overall, it has been a frustrating campaign for Juventus. Despite regularly looking impressive and sitting top of the table, they have simply not been able to shake off competition from both ​Inter and Lazio.

Nevertheless, Paratici admitted he was delighted with the club’s current situation as they have managed to maintain their success, despite wholesale changes in recent seasons. 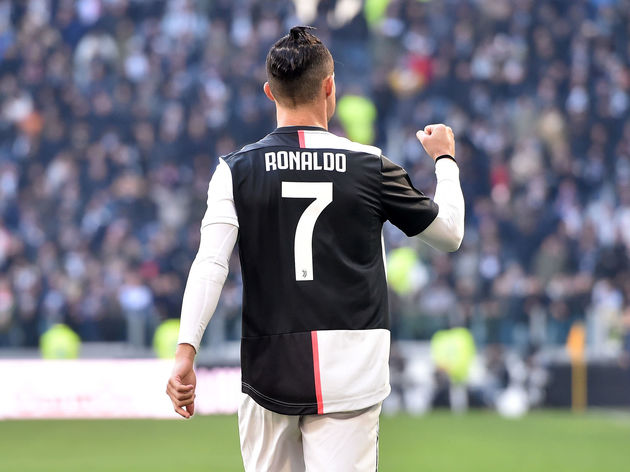 “This is our tenth year at the helm of Juventus. Usually, eras run for three to four years, but we have been able to continually renew and renovate while also getting positive results,” he added.

“We are currently on track for all our objectives this season and the club is very happy. We have top level players and tried to enact a generational shift without going overboard or changing 10 players at once, bringing in young talent like Matthijs de Ligt and Adrien Rabiot.”