Juventus midfielder Emre Can has revealed his ambitions of captaining the German national team, despite missing out on a call-up for March’s international fixtures.

The 25-year-old has impressed in Italy since leaving Liverpool following the expiration of his Anfield contract, but Joachim Low chose not to select Can for this month’s Euro 2020 qualifier against the Netherlands. 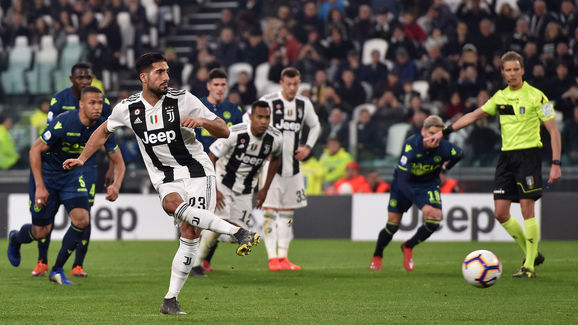 In an interview with ​Sport Bild, Can explained: ​

“I played the Champions League final, which is why I hoped [to be selected]. Previously, however, I had been unavailable for two months, so the decision must be accepted. However I was disappointed that none of the technical staff called me to ask how I was. Only the doctors of the DFB have inquired.”

The former ​Liverpool man has made 28 appearances for ​Juventus this season, including the full 90 minutes of I Bianconeri’s impressive comeback against ​Atletico Madrid in the Champions League last 16, which Can also discussed in the interview.

“At the end of the game in the locker room there was pure emotion, as I had rarely experienced it. From the outside it is difficult to understand how much pressure we had after the first leg.

At the quarter final stage, Can and Juventus will face Dutch side Ajax, who miraculously eliminated holders ​Real Madrid with a 4-1 win at the Santiago Bernabeu.