​Juventus are understood to have made contact with the representatives of Julian Brandt ahead of a proposed €25m switch from Bayer Leverkusen.

The 22-year-old is one of the hottest commodities in the Bundesliga, and has repeatedly been linked with a move to a bigger club.

Thus far, he has opted to stay put at Leverkusen, where his current deal runs until 2021, but it’s reported that he has a release clause allowing him to move on for just €25m. 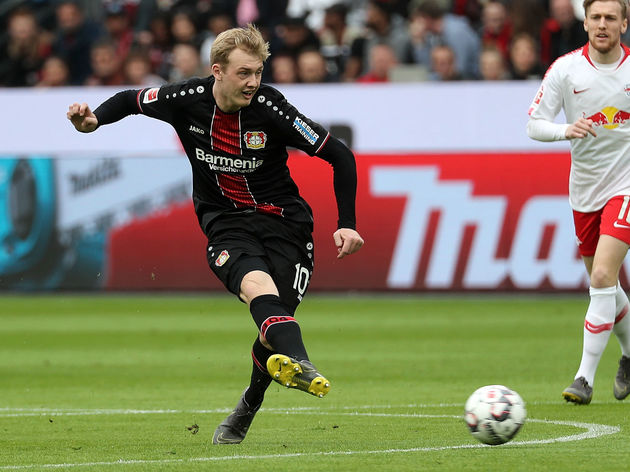 That clause has perked the interest of ​Juventus among others, with Sport Bild (via ​Goal) claiming that I Bianconeri have made contact with Brandt’s representatives over a potential move to Serie A, and have even outlined some of the finer print of a proposed contract.

Bundesliga rivals ​Bayern Munich and ​Borussia Dortmund are also monitoring Brandt’s situation, and both will have taken heart from his recent comments over his future – with the young winger declaring that he will see out the season at Leverkusen before making a decision on his future.

“I’m thinking of myself, but not during a season, but the club and the here and now is too important for me,” Brandt said, in quotes carried by ​Goal.