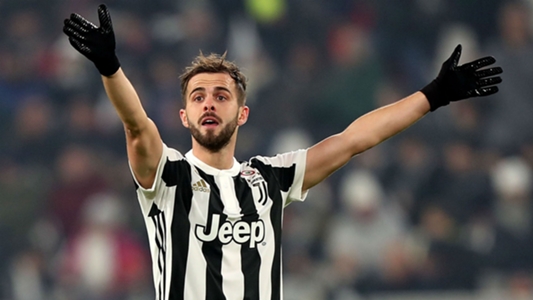 Ahead of the Champions League round-of-16 tie against Tottenham, Juventus midfielder Miralem Pjanic has revealed he previously turned down the chance to play for Spurs.

The two sides meet in Turin for the opening leg on Tuesday, with Pjanic set to feature against the club he could have joined in 2012.

Following Luka Modric’s departure to Real Madrid, Pjanic — then of Roma — was approached about a potential switch to the Premier League, having earlier decided against moving to Arsenal when he was at Lyon.

“There was the opportunity but at that moment I told them I was happy where I was and that’s why we didn’t sign the deal,” Pjanic told the Telegraph, while warning his team-mates that Mauricio Pochettino’s side will be a force to be reckoned with.

“But I made my choice using my head and if I made that choice not to go to an English team it was for good reasons.

“We are very competitive, very hungry and we definitely want to win it [the Champions League]. But Tottenham are a great team.”

Pjanic left Roma for Juve in 2016 and has become an integral part of Massimiliano Allegri’s plans, appearing in all but four league games of 2017-18 as the Bianconeri chase a seventh successive Scudetto.

The midfielder has been nicknamed ‘the pianist’ due to his masterful control of the game – a moniker the Bosnian enjoys.

“I like that name, I think I was called the pianist because of the way I play,” he said. “It’s true that I don’t score many goals, just a few, but they are beautiful when I do score!

“I think it’s more about my style of play, how I touch the ball, how I pass the ball, how I move it. It’s a nice nickname but I want to effect things through what I do and not through words.

“I am very good at keeping the ball, I ask for the ball and I aim to help make my team-mates play and try and serve them as much as possible.

“I remember when I signed the contract to come here to Juventus, Allegri told me that I could become one of the best in this position in the world. I need to improve but that’s what I want.”