Juventus have announced that their players and coach Maurizio Sarri have agreed to take a pay cut for the months of March, April, May and June, following the suspension of the Serie A season due to the coronavirus outbreak.
​
​The Italian top-flight was halted at the start of the month, following I Bianconeri’s 2-0 victory over Inter, which put the champions back on top of the table. Not a single ball has been kicked in Serie A since, and given that Italy is the most heavily-affected country in Europe by the coronavirus, there is little sign of the campaign starting up any time soon. Clubs are having to decide what action to take in light of this ever-developing situation, whilst calculating the financial impact that arises from the lack of match-day and television revenue.

And Juventus released a statement from ​the club’s we​bsite on Saturday evening, confirming that the entire playing staff and coach Maurizio Sarri have agreed to a reduction of their usual wage for the coming four months, helping the club to save around €90m.

“​Football Club S.p.A. announces that, due to the current global health emergency is preventing the performance of the sporting activity, it has reached an understanding with the players and the coach of the First Team regarding their compensation for the residual portion of the current sport season.

“The understanding provides for the reduction of the compensation for an amount equal to the monthly payments of March, April, May and June 2020. In the coming weeks, personal agreements with the players and the coach will be finalised, as required by the current regulations.

“The economic and financial effects of the understanding reached are positive for about €90m for the 2019/2020 financial year. 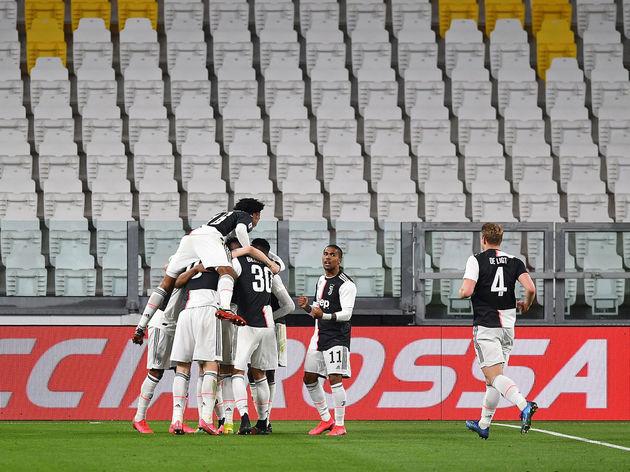 “Should the current season’s matches be rescheduled, the Club will negotiate in good faith with the players and the coach conditional increases of compensations according to the actual resumption and finalisation of official competitions.

“Juventus would like to thank the players and the coach for their commitment at a difficult time for everyone.”

It is still unclear when the league will recommence in Italy, and there has been no decision as to how the eventual winners and losers will be settled, if they are unable to complete their fixtures before the start of the following campaign.