​Reigning Serie A champions Juventus have named their price for forward Paulo Dybala, demanding in excess of €100m for his services as Bayern Munich and Manchester United consider summer moves.

The 25-year-old has endured his worst season in front of goal for the Old Lady since his move from Palermo in 2015, netting just ten goals in 39 games. 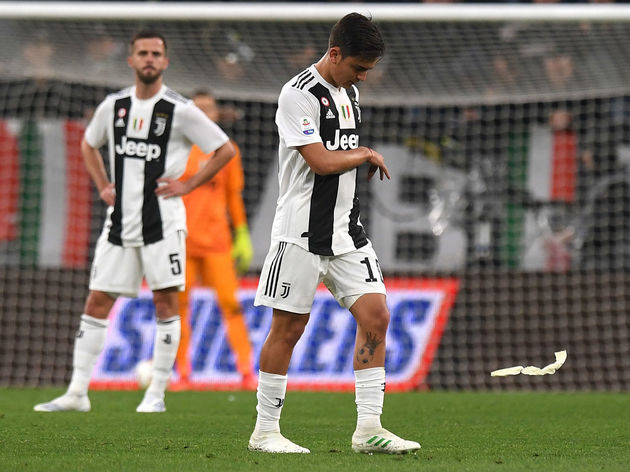 His poor form has led to speculation regarding the future of the forward this summer, but ​Calciomercato report that anybody interested in the dynamic forward’s services will have to stump up some serious cash.

That’s because the aforementioned media outlet claim the Turin-based club will only listen to offers in excess of €100m, with the hierarchy at Juve willing to sanction the sale of ​Dybala to fund their summer transfer business.

That could change if Massimiliano Allegri is replaced in the dugout ahead of next season, although ​Juventus won’t be short of suitors should they look to push through the sale of Dybala.

Paulo Dybala is currently on his lowest goal tally in a single Serie A season since 2012/13:

​Bayern Munich are certainly in the market for new attackers ahead of the departures of both Arjen Robben and Franck Ribery at the end of the season, with the Argentine no stranger to operating in wide areas.

​United have ​recently been linked with Dybala too, and are even prepared to part with £85m to sign him as the Red Devils look to dramatically overhaul their squad during the transfer window.

Dybala has spent the past four seasons at Juventus, winning four Serie A titles and reaching the 2017 Champions League final, although his side lost out to Real Madrid for a trophy that has eluded the club since 1996.