Juventus have been tipped to step up their pursuit of Real Madrid playmaker Isco, with a potential January bid in the offing.

The 27-year-old, who is currently nursing a thigh injury, has had a troubled time in the Spanish capital of late, and was strongly linked with a move away from the Santiago Bernabeu during the summer window. 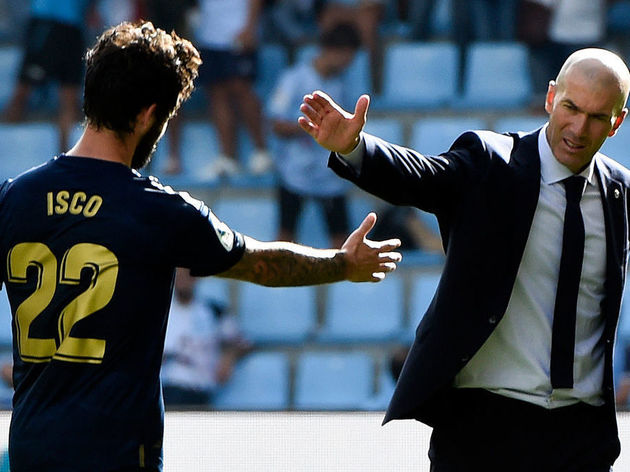 And, though he ultimately chose to stick things out under Zinedine Zidane, he managed to accrue just 83 minutes from Los Blancos’ opening two La Liga games before succumbing to injury.

According to Italian news publication Calciomercato, this has only strengthened Juve’s desire to bring the Spaniard to Turin. Real Madrid are thought to want at least €75m (£66m) for the midfield playmaker; a fee the Italians might well be willing to stoop to, especially after legendary midfielder, and former Bianconeri star, Andrea Pirlo called for the Turin giants to sign Isco ‘immediately’.

Pirlo made that public outcry with the knowledge that a number of top Premier League clubs, namely Liverpool and Manchester City, are circling the former Malaga star.

It is understood that Jurgen Klopp sees Isco as the kind of creative player the ​Reds lack in midfield, while Pep Guardiola sees him as the ideal replacement for compatriot David Silva – who revealed before the start of the 2019/20 season that this campaign would be his final one in Manchester.

Getting in to the Champions League is impressive enough, but how far can they go?  pic.twitter.com/UFwcwirgvI

Of course, much of Isco’s future rests on whether he is able to wrestle a place back in the side upon his return from injury, but his restlessness at Real has been well-documented in recent times and it might not take much to convince him a change is needed.

Now in his seventh season with the club, Isco is closing in on 300 appearances in all competitions for Los Merengues, and has earned 38 international caps for Spain – scoring 12 goals to date.