​Leonardo Bonucci has stood by his claim that teammate Moise Kean was partly to blame for the racist abuse he suffered at the hands of Cagliari fans on Tuesday night.

During Juventus’ 2-0 win at the Sardegna Arena, 19-year-old Kean was the recipient of monkey chants from the home fans, and was subjected to more abuse when he celebrated his goal in front of them. 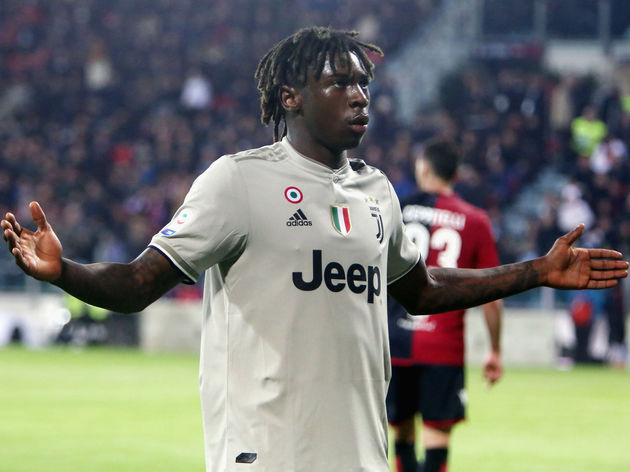 Bonucci then sparked controversy after the game when he suggested that Kean should shoulder some of the responsibility for the incident, saying ‘I think the blame is 50-50, because Moise shouldn’t have done that and the Curva should not have reacted that way’.

Having come in for heavy criticism from fellow players and fans alike, including Manchester City star Raheem Sterling who described the Italian defender’s comments as ‘laughable’, Bonucci took to Instagram and appeared to stand by his earlier words.

In an ​Instagram story, the 31-year-old posted a picture of Kean and himself in Italy colours, along with the caption ‘regardless of everything, in any case…NO TO RACISM’.

​Juventus captain Giorgio Chiellini leapt to Kean’s defence, and insisted that the forward did ‘nothing wrong’ and that the teenager should be considered a legacy of Italian football and a ‘golden boy’.

He told ​Juventus TV: “Moise is a legacy of Italian football, a golden boy, who is doing his best and should not appear for what he is not.

“From the field there isn’t a good account of what happened, but I have reviewed the images and Moise did nothing. After tonight, we must think of him as Zaniolo, Chiesa, Barella… as a positive figure of Italian football, because he deserves it.”

Kean’s agent Mino Raiola also led the condemnation of the behaviour of Cagliari fans, and appeared to take a swipe at Bonucci on ​Twitter by revealing that ‘nobody should justify racism in any way’.

1/2 Moise Kean’s agent Mino Raiola: “Nobody should justify racism in any way. Racism is equal as ignorance. There is no excuse. Italy should be leading on this given how many millions of Italians live abroad. You cannot be racist + Italian. You cannot be human + racist…

2/2. Mino Raiola: “If in team/club there are people not willing to fight racism they should be leaving. Sport has important role in Italian society. There is racism amongst Italians themselves. But again, racism is, by definition, ignorance + ignorant people difficult to talk to”

The teenager will likely feature once more when Juventus return to ​Serie A action on Saturday afternoon as they take on rivals Milan at the Allianz Stadium.