Real Madrid defender Marcelo’s future at Real Madrid has taken a U-turn following the return of Zinedine Zidane as head coach, with the Brazilian now set to stay put at the Bernabeu.

The 30-year-old had fallen out of favour under previous boss Santiago Solari, with the former Los Blancos winger having generally opted to start rising star Sergio Reguilon ahead of Marcelo at left back, leaving the experienced star’s future in Madrid up in the air.

​Juventus had been heavily linked with a move to reunite the Brazilian with former teammate ​Cristiano Ronaldo in Turin. However, ​Marcelo has been restored to the starting XI since Zidane returned to the helm and, according to Spanish outlet ​AS, ​the defender has decided to stay. It is said that Marcelo had previously fallen victim of Solari’s reign both due to a lack of physical sharpness and the emergence of young left back Reguilon, which appeared to put the veteran star on course for an inevitable departure to Serie A.

Marcelo apparently met with ​Real Madrid general manager Jose Angel Sanchez to voice his concerns over his situation under Solari, suggesting to Los Blancos’ hierarchy that he may have sought a move away if his situation did not improve.

However, the picture has changed since Zidane’s return to the Bernabeu. Marcelo was an ever-present in the side during the iconic Frenchman’s previous reign in the Spanish capital, and the Brazilian fell victim to Madrid’s broader shortcomings this season as much as to his own form. 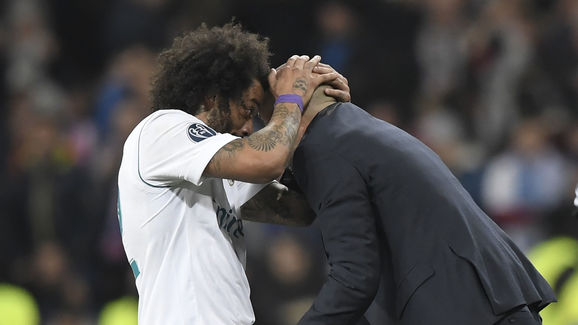 Zidane’s return looks to have given Marcelo a new lease of life in Madrid, and it is said that the Frenchman led special training with both the Brazilian and Isco, who had also been outcast under Solari, on their day off, indicating Zidane’s intent to re-integrate both stars in his side.

It is said that Zidane also held private talks with Marcelo, assuring the full back that he trusted him and that he had an important part to play in the club icon’s latest revolution at the Bernabeu.

Marcelo’s response was apparently positive, insisting that he wanted to stay put at Madrid, having starred at the club for 13 years, winning three Champions League titles in the process.