Massimiliano Allegri has expressed his pleasure at Juventus’ second-half display as his side came back from a first-half deficit to beat Milan 2-1 at the Allianz Stadium on Saturday evening.

A late goal from exciting youngster Moise Kean grabbed the three points for the Bianconeri, after Paulo Dybala scored the equaliser on the hour mark for the hosts to cancel out Krzysztof Piatek’s opener for Milan. The victory now leaves Juventus on the cusp of an eighth straight Serie A title, which could even be secured on Sunday should closest rivals Napoli lose to Genoa. Allegri told Sky Sport Italia (as quoted by ​Football Italia) that he was pleased with how his players reacted to falling behind in the game, especially with some of them barely featuring in the team of late.

“The first half was not good, as we were a bit chaotic, but after the break we were more organised and moved the ball around cleanly. 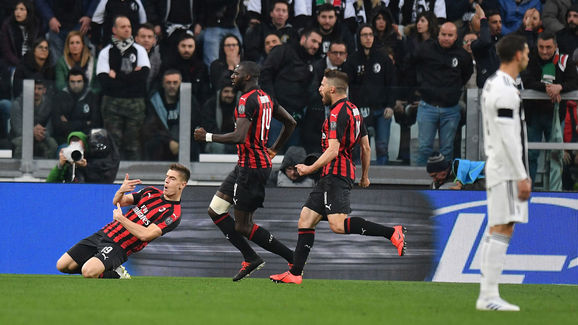 “We were up against Milan, so we couldn’t not focus. I knew we could have problems against them, as it was the first time we used Alex Sandro as a centre-back in the three, with [Matteo] De Sciglio and [Leonardo] Spinazzola as the wing-backs, [Federico] Bernardeschi in midfield. We also lost ​Emre Can to injury and had to readjust there too.

“I always say players have to be placed in their best positions, but when you are 18 points clear at the top, then you have to make a few changes. For example, Blaise Matuidi has been running for two years, he looked as if he was wandering around the field drunk last time, so he needed to rest and I put someone else in.”

The Italian also called upon in-form teenager Moise Kean to continue to improve on his game, despite scoring his third goal in three Serie A games to seal Saturday’s encounter. 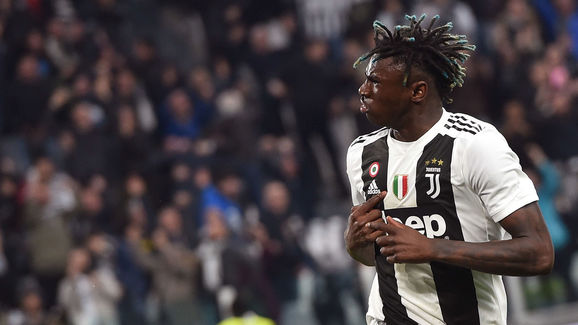 He added: “Kean came off the bench and scored, he is a young man doing very well and should be allowed to continue like this. I appreciated his celebration today, too.”

“We all decided within the club that it was best to keep Kean. He is the only centre-forward alternative to Mario Mandzukic. We also wanted to have him keep training with us because he needs to improve technically. He makes technical errors that are still very obvious and loses the ball cheaply.

“I think training with champions is very helpful, as he learns it takes more than good feet to be a professional player at a big club, you need mentality and hard work too.”