Massimiliano Allegri has ended speculation that he might be appointed Chelsea manager, or any other vacant post in the near future, by revealing that he plans to take a year away from football.

With Maurizio Sarri’s announcement as Juventus manager expected imminently, Allegri had been tentatively linked with a move to Stamford Bridge – although ​Frank Lampard remains the strong favourite.

Allegri, who left Juventus at the end of the 2018/19 season, has now dismissed any notion that he could take over at Chelsea, professing his desire to take a sabbatical from football management to focus on his family and friends. Speaking at an event on leadership in Milan, as quoted by ​Football Italia, Allegri said: ”I am going to take a year off to recharge my batteries and take my personal life back in hand, rediscover after many years the affection of my family, children and friends.

”The last 16 years have felt like being in a blender. You have to take time away from what you usually spend with family and friends.

”I’ll use this year to recharge my batteries ahead of next season.”

Allegri left ​Juventus as one of the most successful coaches in the club’s history, having won five consecutive Serie A titles, alongside four Coppa Italia titles, two Supercoppa Italiana titles and reaching the Champions League final twice. 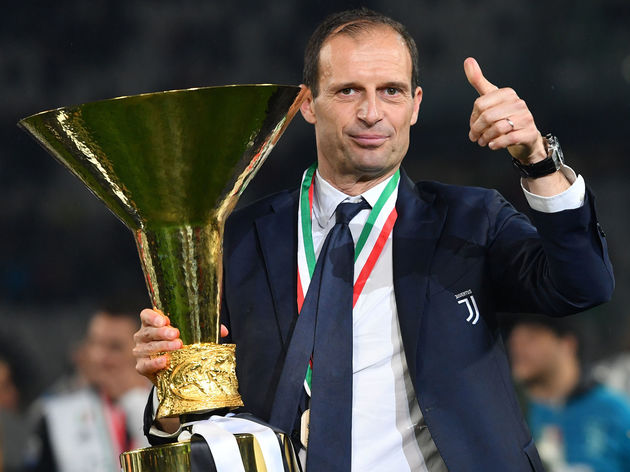 The Italian, who also won the Scudetto with Milan, has also been a regular feature on bookmakers’ lists for the next possible Manchester United and Real Madrid managers.

Meanwhile at Chelsea, Lampard is the firm favourite to take over the reigns at Stamford Bridge. The ​Chelsea legend guided ​Derby to the Championship playoff final, and, with Chelsea’s transfer ban preventing them from signing players in the next two windows, the 40-year-old has been identified as somebody who can oversee the transition of youth players into the first team.

It is reported that Chelsea will have to pay £4m in compensation to release him from his Derby contract.