Super-agent Mino Raiola is looking for the most economically profitable move possible for Matthijs de Ligt this summer, re-opening the door to Manchester United, Juventus and Bayern Munich

The Dutch centre back has been integral to the Amsterdam side, but will almost certainly make the move away from Netherlands in the summer, with ​Barcelona considered strong favourites to sign him. 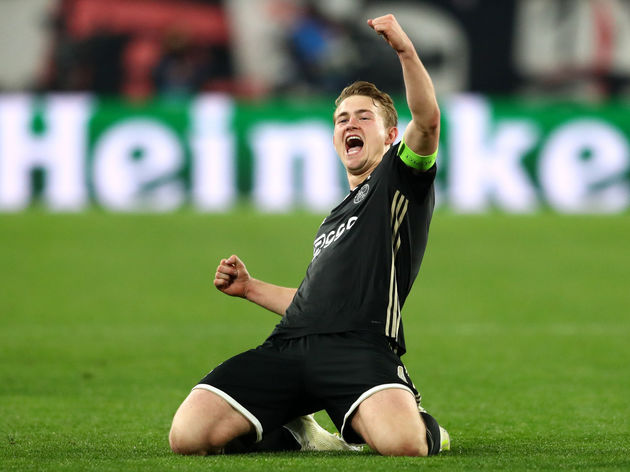 As reported by Catalan daily ​Mundo Deportivo, the defender is believed to prefer a move to Camp Nou, following in the footsteps of his teammate Frenkie de Jong, who will make the move to Barça at the end of this season after confirming his €75m move in January.

This transfer would make a lot of sense. The footballing philosophies of both clubs are very similar, and De Ligt’s transition to the Barcelona style of play would be fairly seamless.

However, the 19 year-old’s agent Mino Raiola is believed to prefer a move elsewhere, with ​Juventus, ​Manchester United and ​Bayern Munich all interested in the centre back’s signature.

Raiola’s motivation behind this is due to the greater financial gain that a move to these clubs would bring. Due to the high demand for the teenager’s services, his agent could opt to spark a bidding war between these clubs in order to drive up the offer on the table. United, Bayern and Juve are all in need of defensive reinforcements for one reason or another, and with financial power of these clubs, Raiola may have dollar signs in his eyes.

De Ligt will be coming up against ​Tottenham Hotspur in the ​Champions League on Tuesday night in the first leg of Ajax’s semi-final with the north London club. Another positive performance there would only enhance the Dutchman’s reputation and inevitably inflate his transfer fee and wage demands. 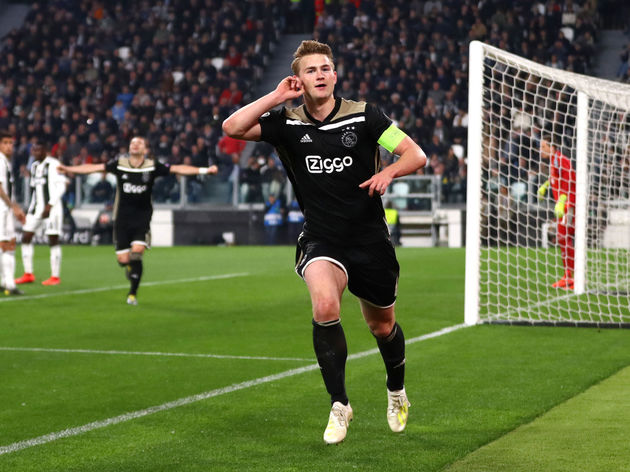 However, considering the significance of the semi-final, the centre-back may put thoughts about a transfer to the back of his mind as he looks to win Ajax their first European Cup in over 25 years.