​Ajax centre-back Matthijs de Ligt has insisted that his agent, Mino Raiola, is ‘taking care’ of his future as the Dutchman continues to be linked with a move away from the Johan Cruyff ArenA.

De Ligt, 19, has become one of Europe’s most sought-after defenders this season due to his performances for both Ajax, who he captains, as well as the Netherlands, helping them reach the finals of the Nations League, which take place this summer. La Liga giants ​Barcelona have been repeatedly linked with the centre back over the course of the season, while ​Juventus are also monitoring him closely. However, De Ligt has stated he’s content in leaving his future in the hands of his agent.

Asked by ​Tuttosport whether the prospect of playing with Leonardo Bonucci and Giorgio Chiellini could persuade him in moving to Turin, he replied: “

“I really like Chiellini, as he is one of the best defenders in the world. I also appreciate Bonucci, so between them they are among the best centre-backs in Europe.

“For a young player like me, they are both examples to be inspired by. I am pleased with comparisons to Alessandro Nesta and Jaap Stam, as they were top players, but I have a long way to go in order to reach their level.” 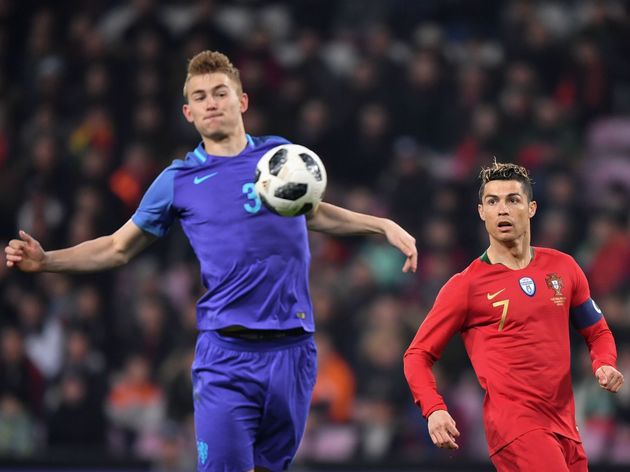 The defender is adamant that his team can reach the semi-finals for the first time since 1997, while admitting that the prospect of facing the competition’s all-time leading goalscorer, Cristiano Ronaldo, is one he’s relishing.

“Cristiano Ronaldo is one of the best players in the world and Juventus are stronger with him, but on the other hand it’d be fascinating to face off with him.”