Juventus defender Matthijs de Ligt has said it was ‘really special’ to hit the back of the net for the first time in his new side’s colours, after scoring the only goal with 20 minutes remaining of his first Turin derby.

Maurizio Sarri’s men made the short trip to the south of the city to take on their local rivals Torino, knowing a win was necessary to return to the top of the tree, with title rivals Inter having ​taken the initiative against Bologna earlier in the day thanks to a late Romelu Lukaku winner.

​Juve had the better of the chances in a tense encounter, but it had looked as if the goal might not come, until ​De Ligt found half a yard of space on the edge of the six yard box following a corner, and directed an effort high into the net. 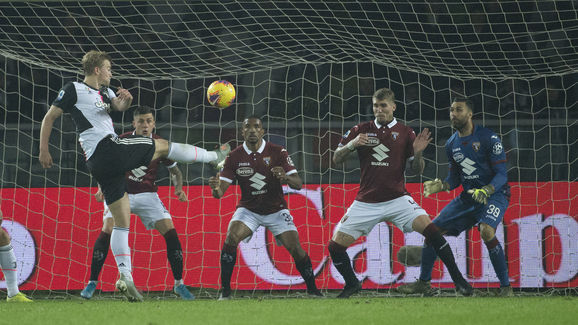 The wild celebrations that followed indicated the goal meant a lot to the 20-year-old, as he raced towards Gonzalo

​​Goal“It was a really important game, as Inter won also. We won 1-0 and it was my goal, so [it was] really special.”

It was a landmark moment for the former Ajax defender, who has had his critics for some perceived sub-par performances after his €89m move from the Netherlands. In the bigger picture, however, he says he has settled in well and is enjoying his football. “Obviously, when you come to a new club, it’s always going to be hard,” he said.

“It’s going well, the guys made me feel welcome and I think I’m improving every game. I hope that I showed tonight what I can bring to the team.

“My team-mates are really nice,