Matthijs de Ligt moved from his boyhood club Ajax to European giants Juventus in what was one of the summer’s biggest transfers. The teenager was snapped up for a fee that could rise to over £75m off the back of a rather extraordinary season in the Dutch capital.

Yet, his decision to join the Serie A champions could be the worst mistake he will make in his whole career.

For a moment, De Ligt had the world at his feet and the opportunity to become an all-time great.

An opportunity he may just have squandered.​ When the young centre back shot to the top it was Barcelona who initially showed the most interest. A move to the Catalan giants looked like a match made in heaven, and the signing of Frenkie de Jong for just under £70m looked like the icing on the cake.

With just two years separating De Ligt’s Ajax debut and his Golden Boy victory there was hardly enough time to make comparisons of his style of play with already existing world class defenders. However, one name that repetitively came up was Gerard Pique.

The similarities between the Dutchman and Barcelona’s captain seemed uncanny. De Ligt’s mixture of pace, technical ability, aerial strength, and leadership was eerily reminiscent of one of the best central defenders of the past decade. Even De Ligt compared himself to the 2010 World Cup winner, while simultaneously proving why he wouldn’t fit into the set-up at the Old Lady, when he told ELF Voetbal Magazine (via ​Sport English) that his playing style was ‘a little like Pique’.

Had De Ligt chosen the La Liga champions, he not only could have rejoined former teammate De Jong, but he would also have had the opportunity of being mentored by the player who knows his game well in a system that would fit his development.

The magnificent run that Ajax experienced as they reached the semi finals of the Champions League was a much needed breath of fresh air into the lungs of European football. At the heart of that run was the club’s 19-year-old captain. De Ligt proved he was on his way to becoming one of Europe’s best as he led his side effortlessly past both ​Real Madrid and Juventus in the knockout stages of the competition, showing all the qualities of an experienced defender in their prime.

Even without the interest attained from Ernesto Valverde’s side during the run, the Dutch youngster would have had plenty of better options than the team he chose – one of those being Liverpool.

What team would have been a better fit than for a player who had just announced himself on the biggest stage than Liverpool, a club that knows exactly what Europe’s premier competition is all about?

Admittedly, Jurgen Klopp’s side do have Virgil van Dijk, Joe Gomez and Joel Matip as options at the heart of their defence, but it would be naive to think that the Reds wouldn’t have snapped up De Ligt if they had been given the opportunity. ​Premier League? 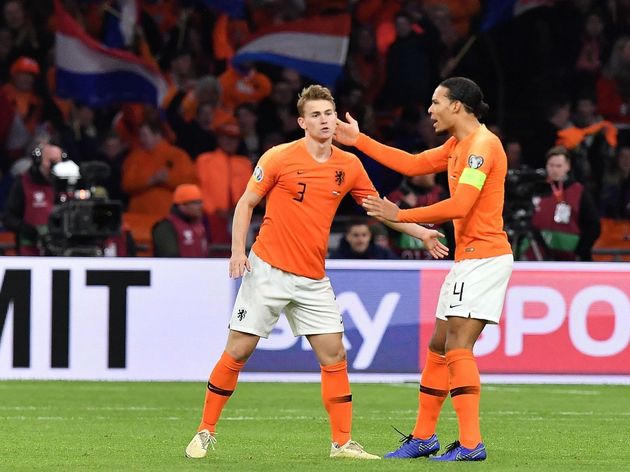 improve, he needs to be consistently facing the toughest opposition. To join a team that has just won its eighth consecutive top flight title will only slow his progression as a footballer.