​Chelsea manager Maurizio Sarri has set his sights on two of his current stars when he finalises his heavily rumoured move to Juventus to replace the recently departed Massimiliano Allegri.

Despite having secured a third place finish in the league and winning the Europa League trophy, Sarri’s position at Chelsea has come under speculation, with the Old Lady eyeing the Italian as their leading candidate to take over the Serie A side.

With some reports claiming Chelsea will ​’agree’ to relieve Sarri of his contract in west London, the 60-year-old is keen on bringing two of his current crop with him to Turin. Gonzalo Higuain, who Sarri previously worked with at ​Napoli, as well as full-back Emerson Palmieri are the players interesting the Europa League winner, via Italian publication ​Tuttosport.

​Juventus are in fact Higuain’s parent club, having spent the remainder of the season on loan at Stamford Bridge, with Sarri eager to rebuild the relationship the pair had that was so effective in Naples.

Italy international Emerson has usurped Marcos Alonso in the ​Blues’ starting lineup with some impressive displays from left back in recent weeks. The 24-year-old has been a target of Juventus’ for a number of years and would act as cover for Brazilian Alex Sandro. 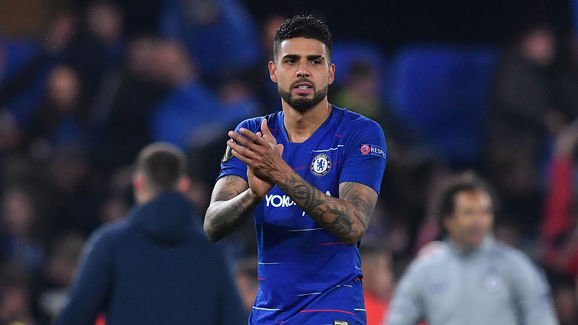 A player who has received plenty of criticism for his supposed role in the side, Tuttosport also claim Jorginho is someone else Sarri would like to bring back to Italian football, however, the club are aware it would require a substantial fee to do so. The 27-year-old is pivotal in the Chelsea boss’ ‘Sarri-ball’ style of play, having joined the club from the Partenopei as Sarri’s first signing.