​Chelsea manager Maurizio Sarri has revealed he expects on-loan striker Gonzalo Higuain to remain with the Blues next season.

The 31-year-old has struggled to impress since moving to Stamford Bridge in January. He has netted just four goals in 15 appearances, three of which have come against sides who have since been relegated from the Premier League. He said: “In theory, yes [Higuain will remain with Chelsea]. ​Premier League

“For a striker it is difficult to get used to the Premier League. I remember [Luis] ​Suarez at ​Liverpool in [his] first season only scored three goals, then 16, then 24.”

The Blues have the option to sign Higuain permanently from Juventus this summer for a fee of £31m, or they can choose to pay £15.5m to sign him on another season-long loan.

When asked whether a deal is possible, Sarri responded: “I don’t know. I’m not in charge of the market, so I cannot answer these questions.”

With a two-window transfer ban looming, Chelsea will not be able to sign any players at the end of the season, although they are hoping to delay that punishment by at least six months following an appeal. 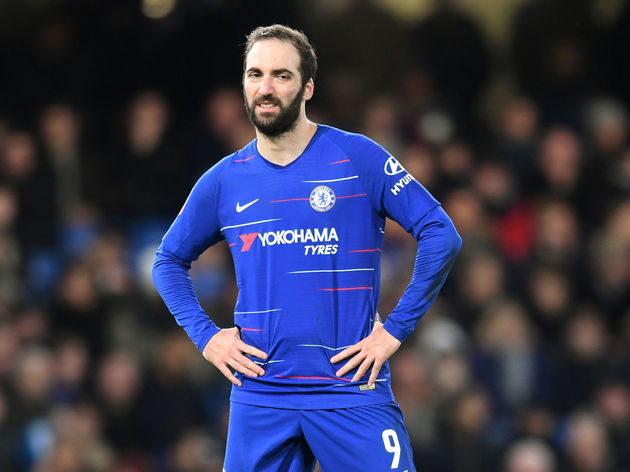 Sarri has persisted with Higuain, forcing ​Olivier Giroud – who has ten goals in 11 Europa League outings this season – into accepting a place on the bench. The Frenchman has already ​spoken of his frustration at his lack of game time, admitting that he may have to leave the club in the near future.