Juventus star Miralem Pjanic has given no indication that he intends to leave Turin for Paris-Saint Germain whilst speaking on French television – though he did take the time to heap praise on the Ligue 1 champions.

Pjanic was a guest on ​Canal Football Club and was asked about whether he had considered ever playing for PSG. The Bosnian responded by stating that PSG are one of the top clubs in the world, but refused to contemplate on whether he would end up finding his way to Paris once he leaves the Old Lady. 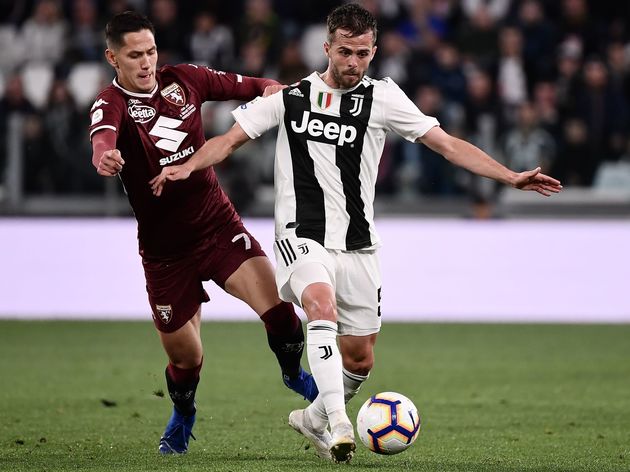 “PSG are amongst the top eight European clubs. They want to go to the next level in the Champions League, it is a very big club that would attract any player.

“There is a footballing project, some truly great players and they have this desire to win the Champions’ League. It is a club that is universally respected.”

Miralem Pjanic denies the possibility of leaving Juventus, A fan on Instagram asked him, Can we buy your Shirt next season?

“Everything is possible in football, I have been in Italy for eight years now and I am at a truly great club in Juventus. In football you never know what could happen. “If everyone feels that way inclined, we could speak about a departure, but I am not at all thinking about that. I am only thinking about finishing my season and my aim of the next few years to win the Champions League.”