​Juventus are keen on tying down teenage prospect Moise Kean to a new long-term contract after the striker’s break-through performances this season.

The 19-year-old has only enjoyed limited starts for the Old Lady, but has impressed whenever called upon, and capped off his rise earlier this week when he scored twice for the Italy senior team. 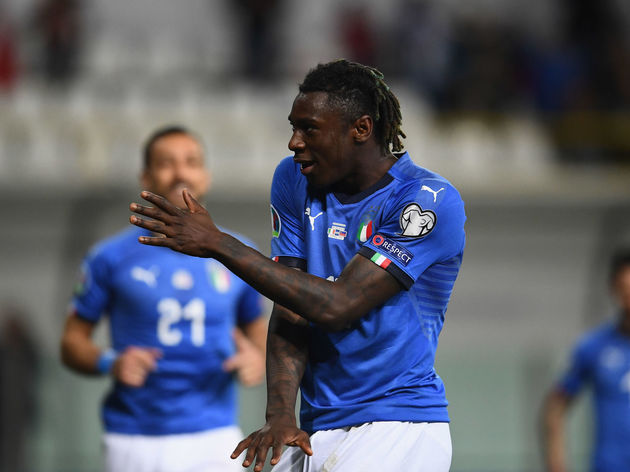 Now, according to ​Goal, the Bianconeri are keen to reward Kean’s performances with a new deal after showcasing that he could be a key figure for the first-team with his displays against Bologna and Udinese this season.

The Italian’s existing contract expires in 2020, with his agent Mino Raiola recently denying reports that the forward would be leaving the club.

The report further claims that with uncertainty looming over the extent of Cristiano Ronaldo’s injury that he picked up on international duty with Portugal, ​Juventus boss Massimiliano Allegri may turn towards handing Kean more playing time.

In making his professional debut for the Old Lady in November 2016 at the age of just 16, Kean became the first player born in the 2000s to compete in one of Europe’s four major leagues.

Aside from Kean, the club are also understood to have finalised terms over agreeing a contract extension with Croatian forward Mario Mandzukic, with the 32-year-old now expected to stay until 2021.

With the end of the international break, Allegri’s men return to ​Serie A action when they take on Empoli on Saturday looking to take another step towards claiming another league triumph.