Moise Kean is set to sign a contract extension with Juventus until 2024 after negotiations between the striker’s agent Mino Raiola and the club’s vice-chairman Pavel Nedved, according to a report from Italy.

The 19-year-old has enjoyed a meteoric rise in recent weeks both for the Bianconeri and Italy, and struck a 72nd minute winner in Juventus’ 1-0 win over Empoli on Saturday. 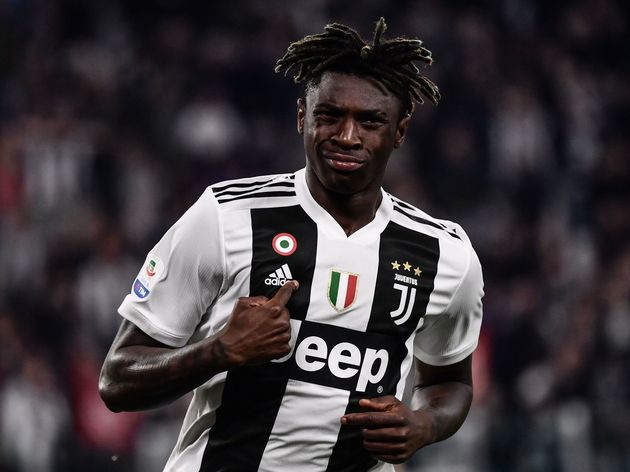 Reports had previously suggested that Kean was close to signing a new deal with the club, and now Italian publication ​Tuttosport have revealed that the striker is likely to extend his stay at the Allianz Stadium until 2024.

The Italy international’s existing deal was due to expire in the summer of 2020, but Raiola’s relationship with the club and with Bianconeri legend Nedved in particular, have meant negotiations for Kean’s renewal have been relatively straightforward.

The report further adds that the teenager’s imminent contract extension is seen as a major boost to the club’s overall profile across the world, and that it could play a major part in negotiating bigger commercial deals with companies.

Having come through the ​Juventus academy, Kean made his professional debut for the club against Pescara in ​Serie A action aged just 16, and thus became the first player born in the 2000s to compete in one of Europe’s four major leagues.

After spending the following season at Verona, Kean returned to Juventus and has enjoyed his most high-profile campaign to date with four goals in eight appearances for the side.