Juventus are currently barreling head-first into one of the most uncertain periods in their recent history.

Perhaps not since they were kicked out of the top flight back in 2006, and certainly not since Luigi Delneri was sacked in 2011, have the club been in a situation like the one they are in now.

It says a lot about the standards they have set for themselves that we can say that while they are top of ​Serie A, even taking out of consideration the COVID-19 pandemic which has thrown their title challenge into flux, no-one at the club seems to know which way to look. 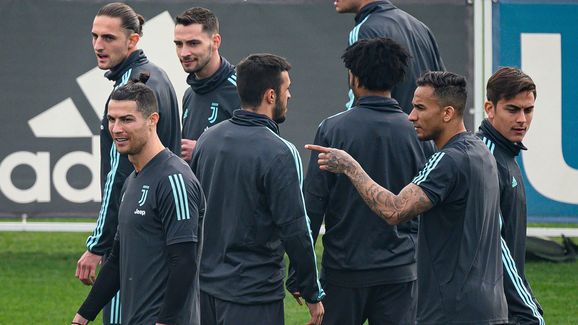 Maurizio Sarri was only appointed in the summer, but not once since he stepped in the door has it seemed like he has been fully trusted by all corners of the club.

​Juve have a squad as bloated as someone after spending Easter Sunday in isolation. They have more players seemingly heading for the exit door than your average European club has on its books.They signed a €100m striker to win the Champions League but are no closer to winning it. They’re in the midst of an identity crisis so great that even their iconic black and white stripes have vanished.

And yet sometimes it feels like all they think about is somehow re-signing ​Paul Pogba to cling onto the lapel of the glory days.

It’s unclear if anyone at the club knows the way forward at the moment, but if anyone does, it’s whoever in charge of contract renewals.

That department, according to ​Goal in Italy, has been in negotiations with Giorgio Chiellini and Gianluigi Buffon over the break from football, and as a result, it’s expected both pillars of the club will remain in place for at least another season.

It’s said that both deals would likely have been announced already if not for the unexpected disruption. Both the captain and vice captain are content to stay and maintain some order in what promises to be a tumultuous year or two in Turin.

For that, Juve fans should be praising to the heavens whatever deity they choose to worship.

Chiellini and Buffon – with a combined age of 77 and a combined 2019/20 appearance total of 10 – might not seem like the most indispensable members of an expansive squad, but their experience in the dressing room will prove vital in ushering in a new era at the club.

These are guys who have been there and won it all (except the Champions League, but Juventus are allergic to that). Between them, they have 17 league titles, and they have each long-since surpassed the 500 appearance mark at club level. They have the mentality of champions, and if there is to be a new dawn of iron-clad success in Turin, then it is down to them – not the ever-turning revolving door of talent – to set the pace.

It doesn’t hurt, either, that on the pitch, they are both still utterly world class.

Even if their actual footballing contributions were to be null, however, Buffon and Chiellini would be more than worth the money.