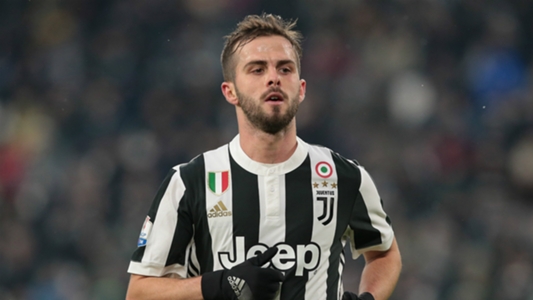 Pep Guardiola has ruled out Manchester City making a move for Juventus midfielder Miralem Pjanic and suggested that his summer spending could already be at an end.

The reigning Premier League champions required no major restructuring on the back of a record-breaking campaign and it may be that only minor tweaks are made.

Riyad Mahrez has been acquired from Leicester for a club-record £60 million ($79m), but that could be the only movement in the arrivals lounge at the Etihad Stadium.

Pjanic certainly will not be making his way to England, as previously revealed by Goal, with Guardiola quick to quash those rumours as he weighs up his options.

He told reporters: “No, Pjanic is a player of Juventus in Turin.

“We’ll see, we still have a few weeks to decide [if we want to bring players in].

“Maybe one will come, maybe not, we’ll see, but at the moment we have a good enough squad. We can handle players in different positions and we’ll see in the last days – we’ll decide to buy one player or wait till next season.

“The scouting department are always looking for players in all positions. In the holding midfield position we don’t have less players because Fernandinho is still there one more year, [Ilkay] Gundogan can play there, Fabian Delph can play there. Oleksander Zinchenko, if he stays, can play there, we have players can play that position.”

City are currently on International Champions Cup duty and Guardiola believes that whatever they achieve across all competitions this season, they will struggle to replicate their efforts from 2017-18.

He added: “We are not going to break any more records in the Premier League, it is impossible… it is almost impossible.

“I have to see the faces of my players in the next two weeks when they are together because we are here without 15 players. When we come back we have four or five days to prepare for [the Community Shield] against Chelsea and we are going to see their faces.

“The target is win the next game and how to prepare to win the game, that is the target. The records we took last season was a consequence of what we’ve done every single day. That is the point.

City are set to face domestic rivals Liverpool in ICC competition on Thursday, with Guardiola expecting the Reds to post a serious threat to his Premier League crown after a big summer spend.

He said: “The contenders to win the title? We are one of them and there are many.

“Always, Liverpool is a contender. With the beautiful history they have they will always be a contender to win the Premier League.”