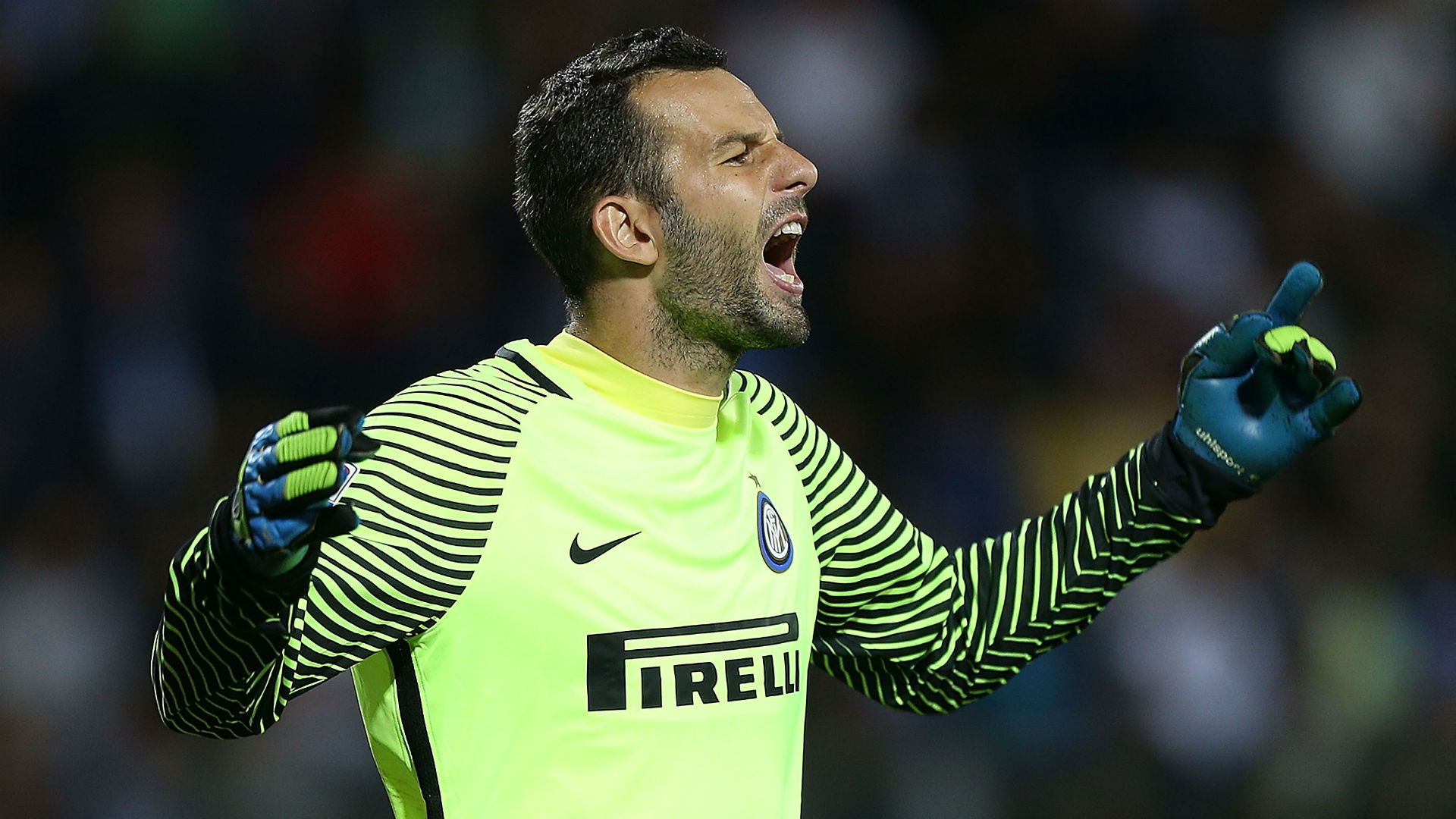 One of the key components in Inter’s surprise title challenge, Samir Handanovic has played every single minute of the season so far, keeping eight clean sheets.

The Slovenian shot-stopper was particularly impressive in the 0-0 draw at the home of title rivals Juventus, making a whopping eight saves, and is once again being talked about as one of the game’s great goalkeepers. 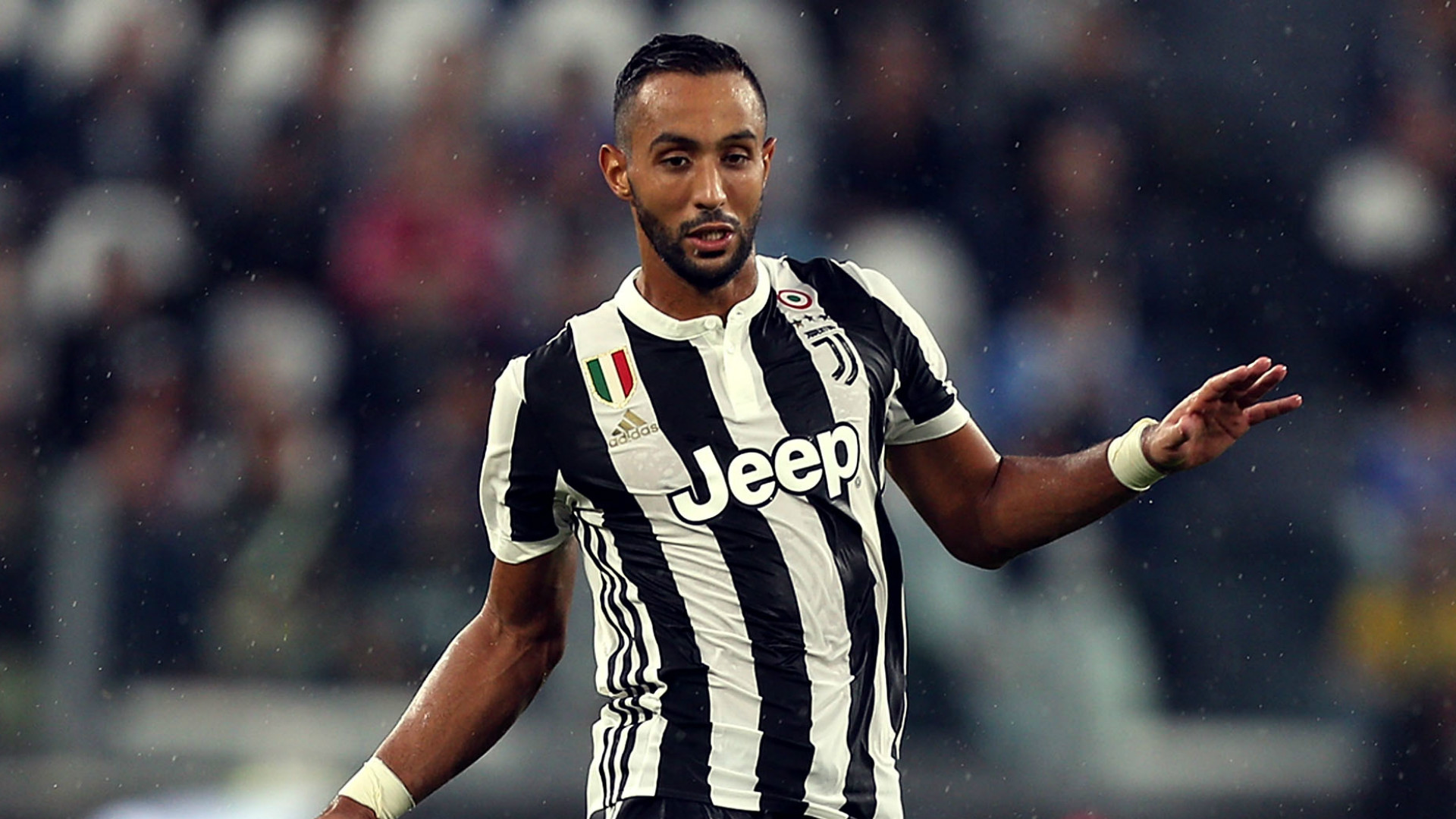 It’s fair to say that Medhi Benatia has taken his time to prove his worth to Juventus and some fans doubted the wisdom of the club’s decision to enact their right to buy the defender during the summer.

However, since recovering from an ankle injury at the tail end of November, the Morocco international has been brilliant, with his return to the Bianconeri starting line-up having coincided with a run of eight consecutive clean sheets in all competitions, with Benatia missing just one of those matches. He also netted the only goal of Saturday’s crucial win over title rivals Roma. 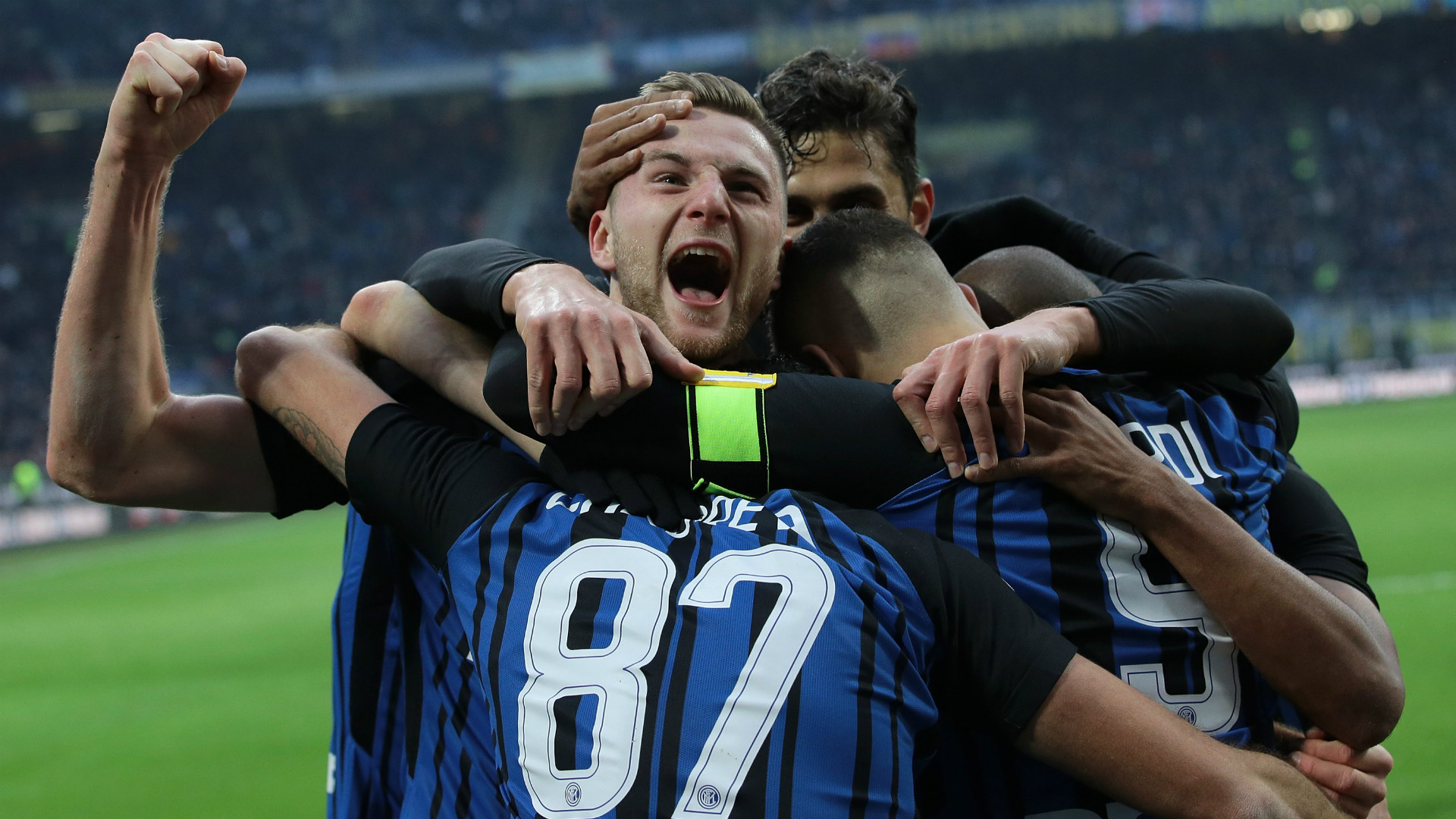 Those who had previously watched Milan Skriniar in action either for Sampdoria last season or at the European Under-21 Championship during the summer knew that Inter had pulled off an absolute steal in acquiring the Slovakian centre-half for just €20 million.

However, few could have envisaged him settling quite so quickly at San Siro, where he has become a fan favourite thanks to a succession of dominant defensive displays, three goals and a public declaration that he has no interest in joining Barcelona, who have, along with everyone else, been bowled over by the 22-year-old’s maturity and colossal potential. 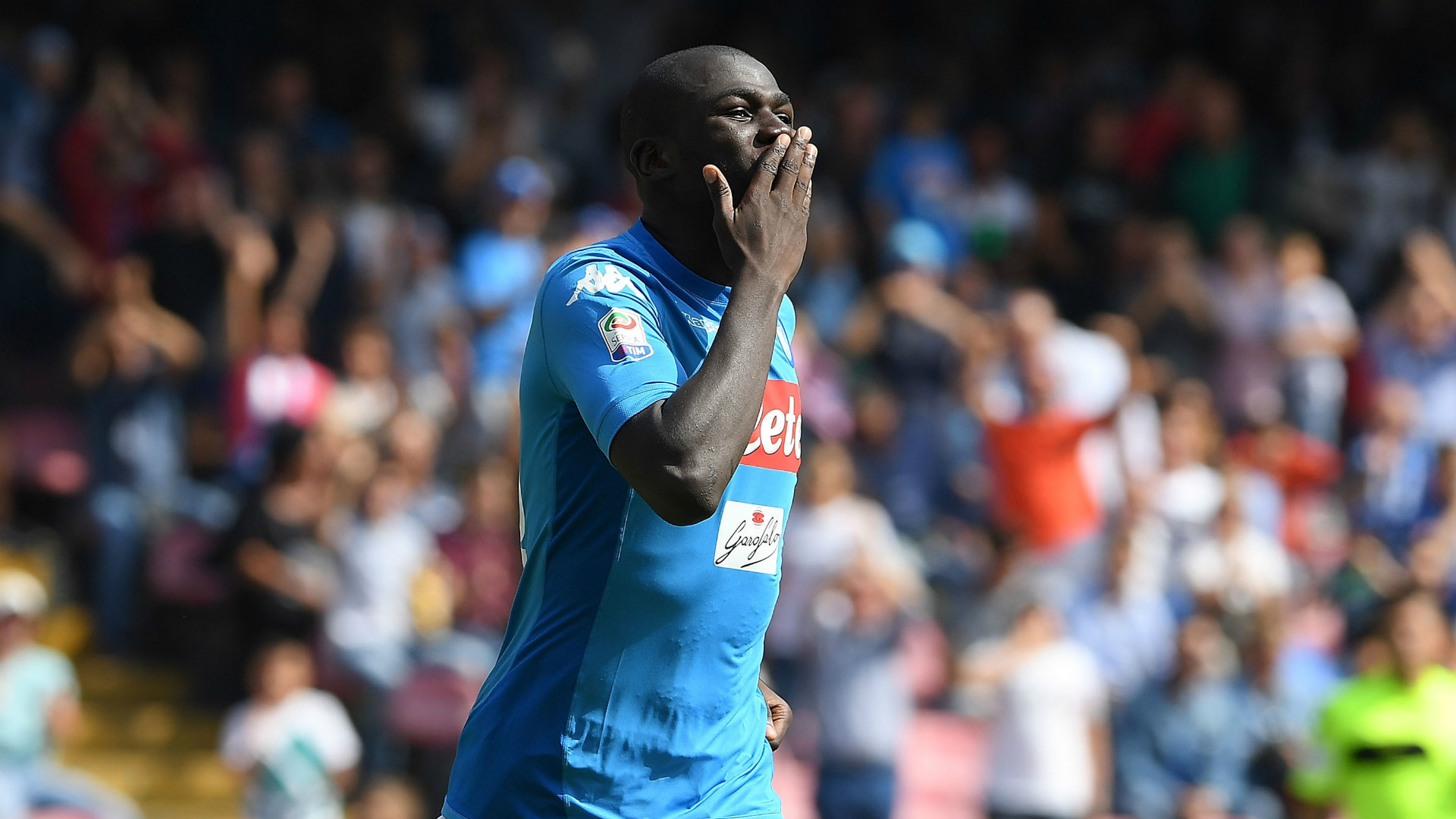 An obvious choice for our defence, the wonderfully consistent Kalidou Koulibaly has only further enhanced his reputation as a world-class centre-half this season, after attracting attention from the likes of Chelsea, Manchester City and Barcelona during the summer.

The Napoli ace decided to stay at the San Paolo because he is determined to end the club’s wait for a third Scudetto – 27 years and counting – and if he continues to marshal Maurizio Sarri’s back-line with his customary authority, he might just realise that dream next summer. 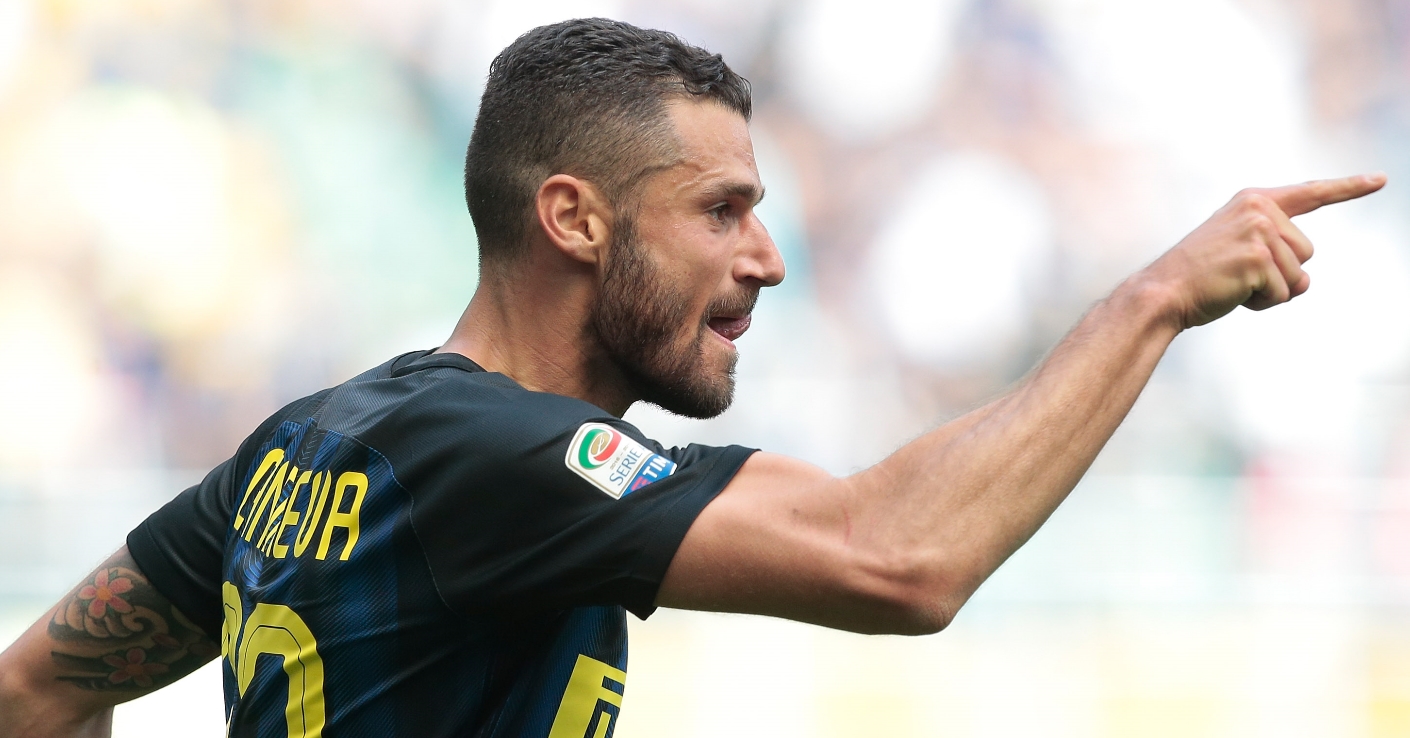 Despite Antonio Conte’s best efforts, Inter managed to hold on to Antonio Candreva during the summer – and the Nerazzurri’s refusal to sell the 30-year-old to Chelsea has already been fully vindicated.

The hard-running right winger has been the Nerazzurri’s most reliable attacking outlet this season, as underlined by the fact that no player in Serie A has created more chances (59) or set up more goals (8) than Candreva. 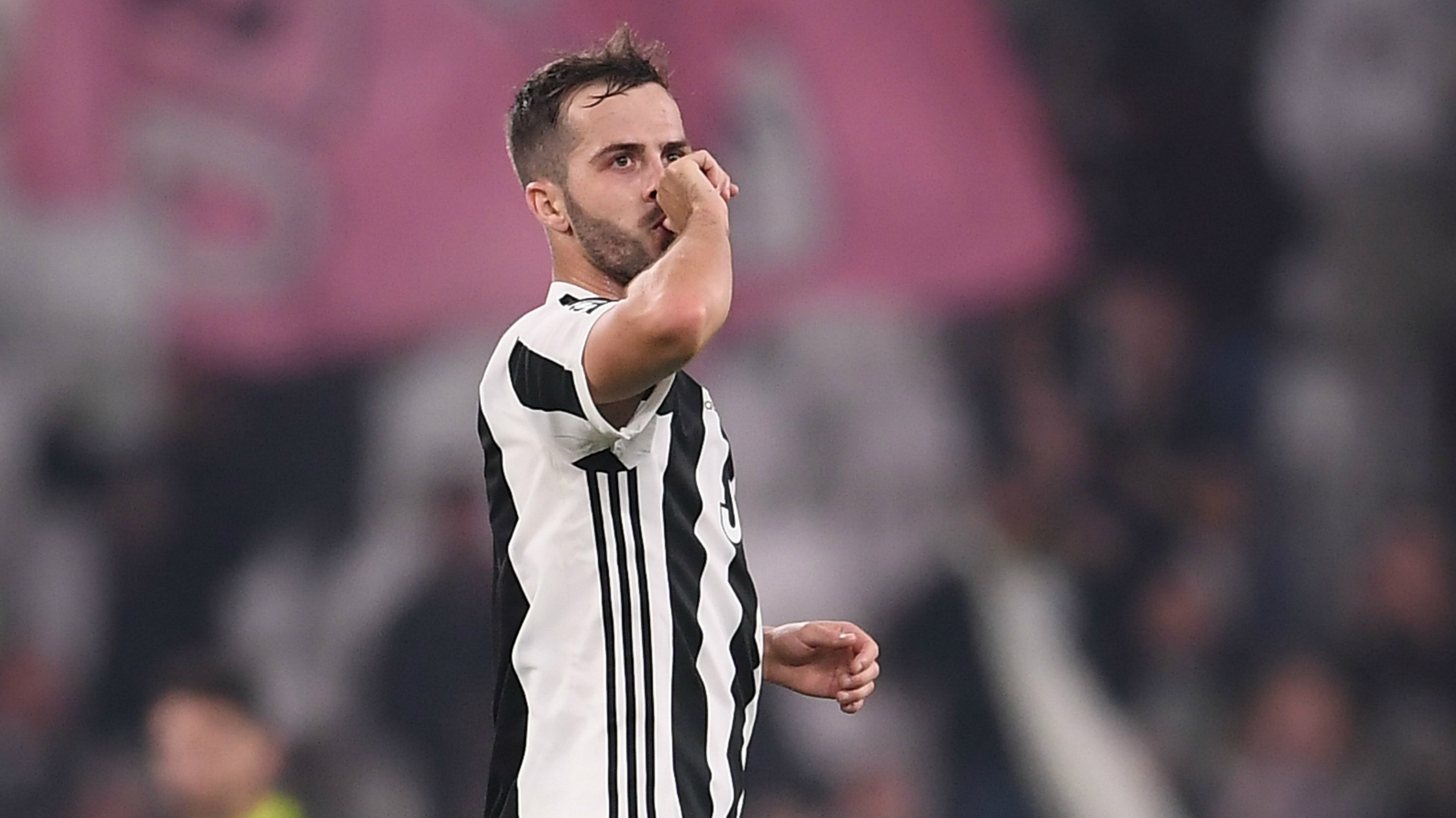 Several Juventus players have suffered from fluctuating form this season, particularly during the opening couple of months of the campaign, but Miralem Pjanic has been consistently excellent at the heart of Massimiliano Allegri’s midfield.

There are few more intelligent or effective playmakers in the world than the Bosnian, who has created 34 chances, racked up six assists and netted three goalsso far this season. 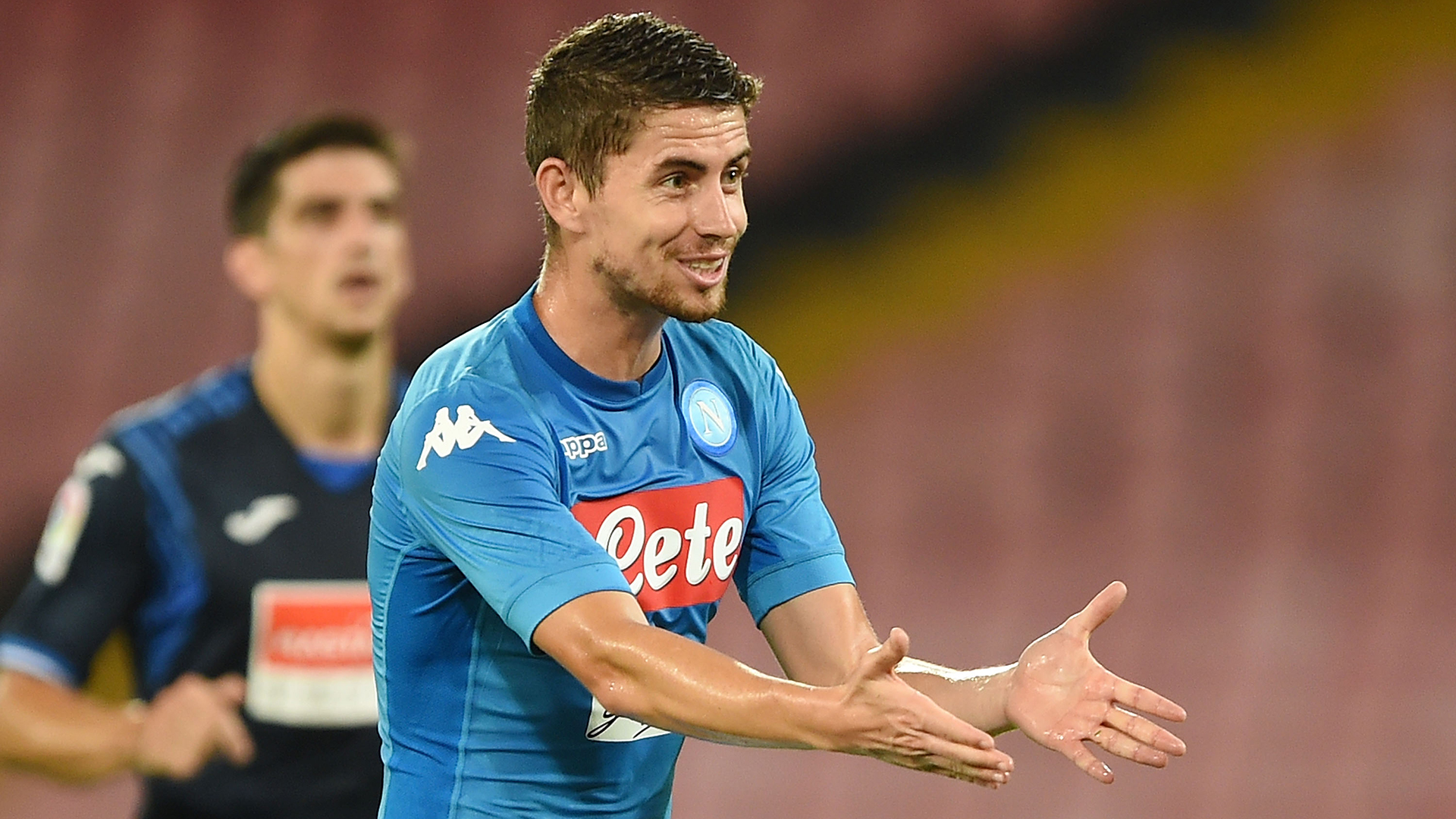 How good is Jorginho at keeping the ball? Well, after another midfield masterclass against Chievo this season, the Napoli ace now occupies nine of the top 10 places for most successful passes played in a single Serie A match since Opta started recording such data in 2004-05.

The Partenopei are simply not the same side without him – everything goes through the 25-year-old metronome – and it is absolutely staggering that Brazil failed to cap him in a competitive fixture and that Italy didn’t tie him down themselves until the second leg of their World Cup play-off against Sweden. 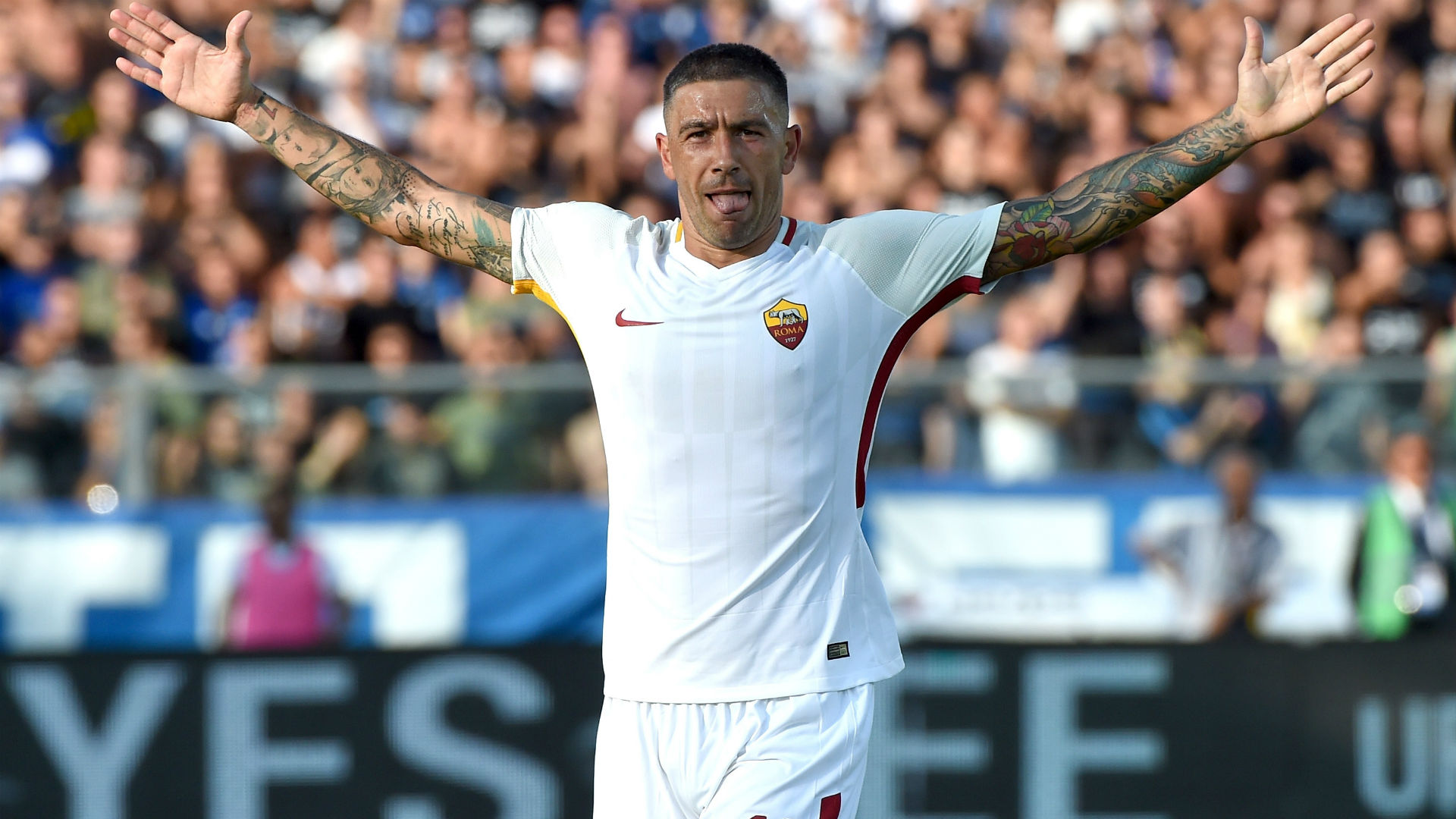 Pep Guardiola had no intention of offloading Aleksandar Kolarov this summer but he ultimately bowed to the Serbian’s desire to move to a club that could offer him a greater chance of regular first-team football. Manchester City’s loss has proved Roma’s gain.

Ostensibly a left-back, Kolarov has actually performed more like a winger for Eusebio Di Francesco’s side, as underlined by the fact that only Candreva, Luis Alberto and Lorenzo Insigne have bettered his tally of 43 chances created, while the 32-year-old has also contributed three assists and two goals. 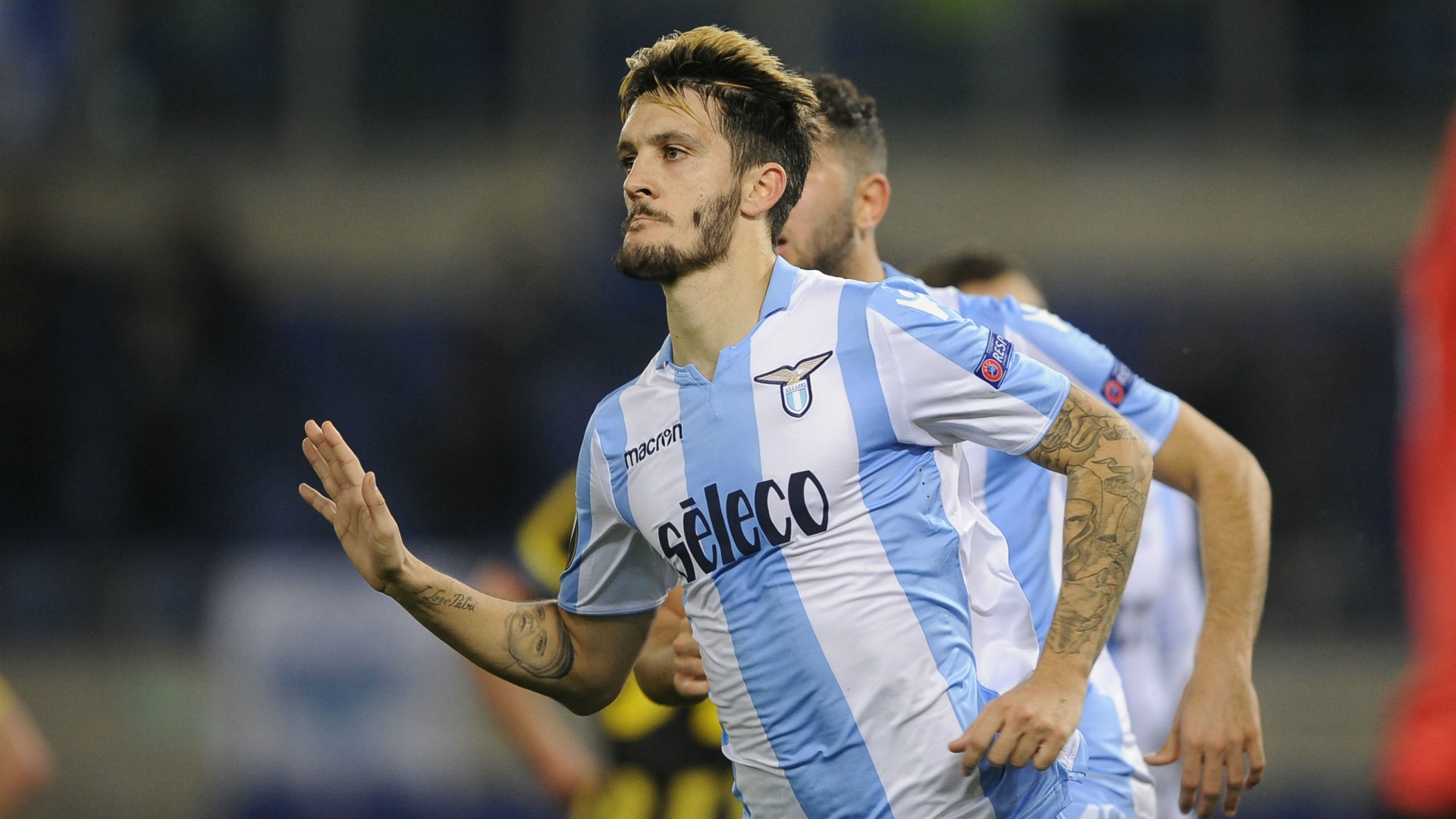 The revelation of the season so far, Liverpool flop Luis Alberto has completely turned his career around over the past few months, after struggling to make an impact during his first year in Serie A.

The 25-year-old attacking midfielder has played a pivotal role in Lazio’s strong start to the 2017-18 campaign, netting five times, creating 48 chances (second only to Candreva) and setting up six goals, and his surprisingly sensational form saw him rewarded with his first cap for Spain in November. 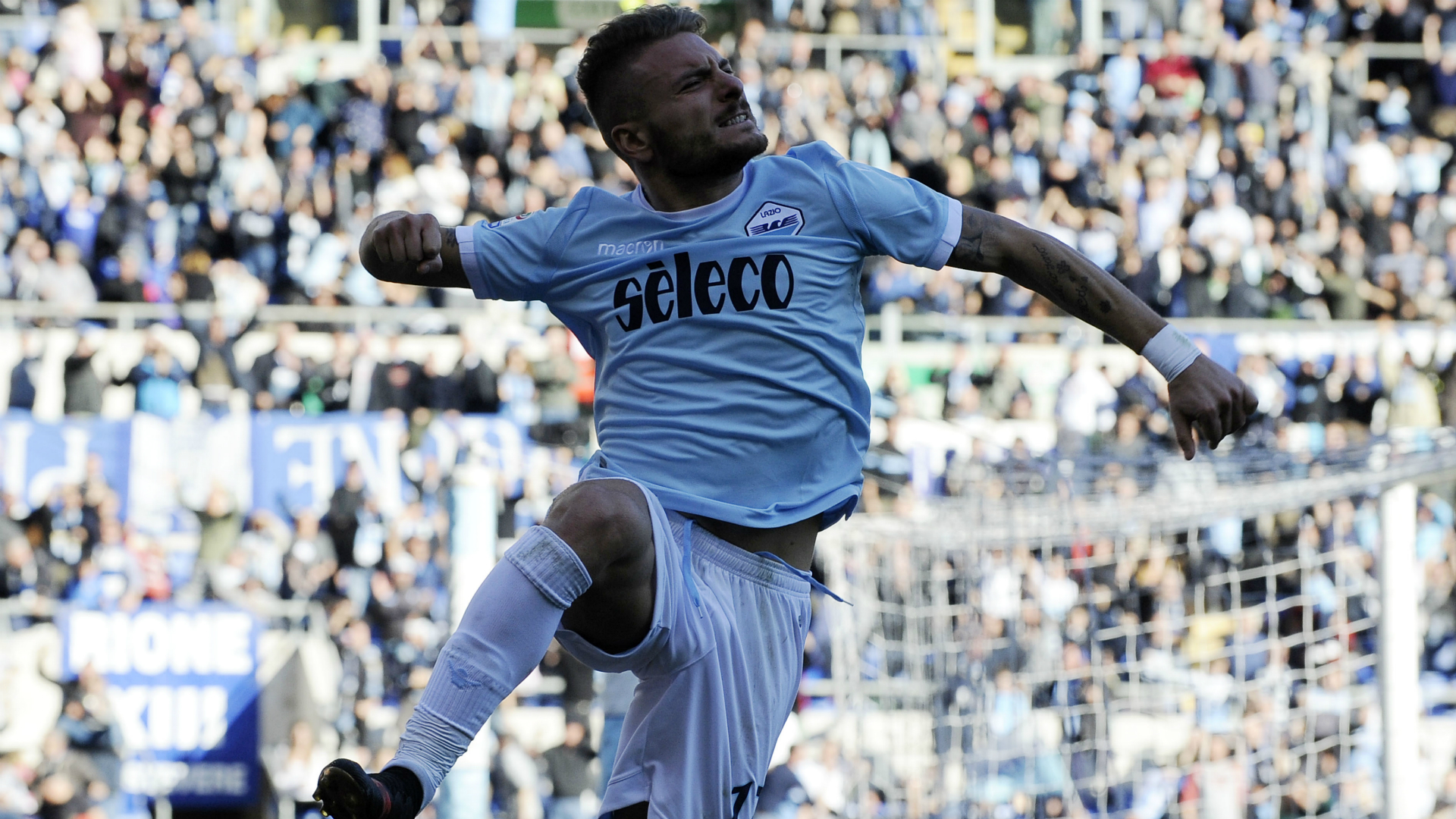 Ciro Immobile may trail Mauro Icardi in the Capocannoniere race but the Lazio striker is matching his Inter counterpart’s goal-a-game average, having struck 16 times in 16 appearances.

However, the Italy international has been directly involved in more goals than any other Serie A player in 2017-18 (23), as he has also created seven, which means he also sits seconds in the assists rankings too. 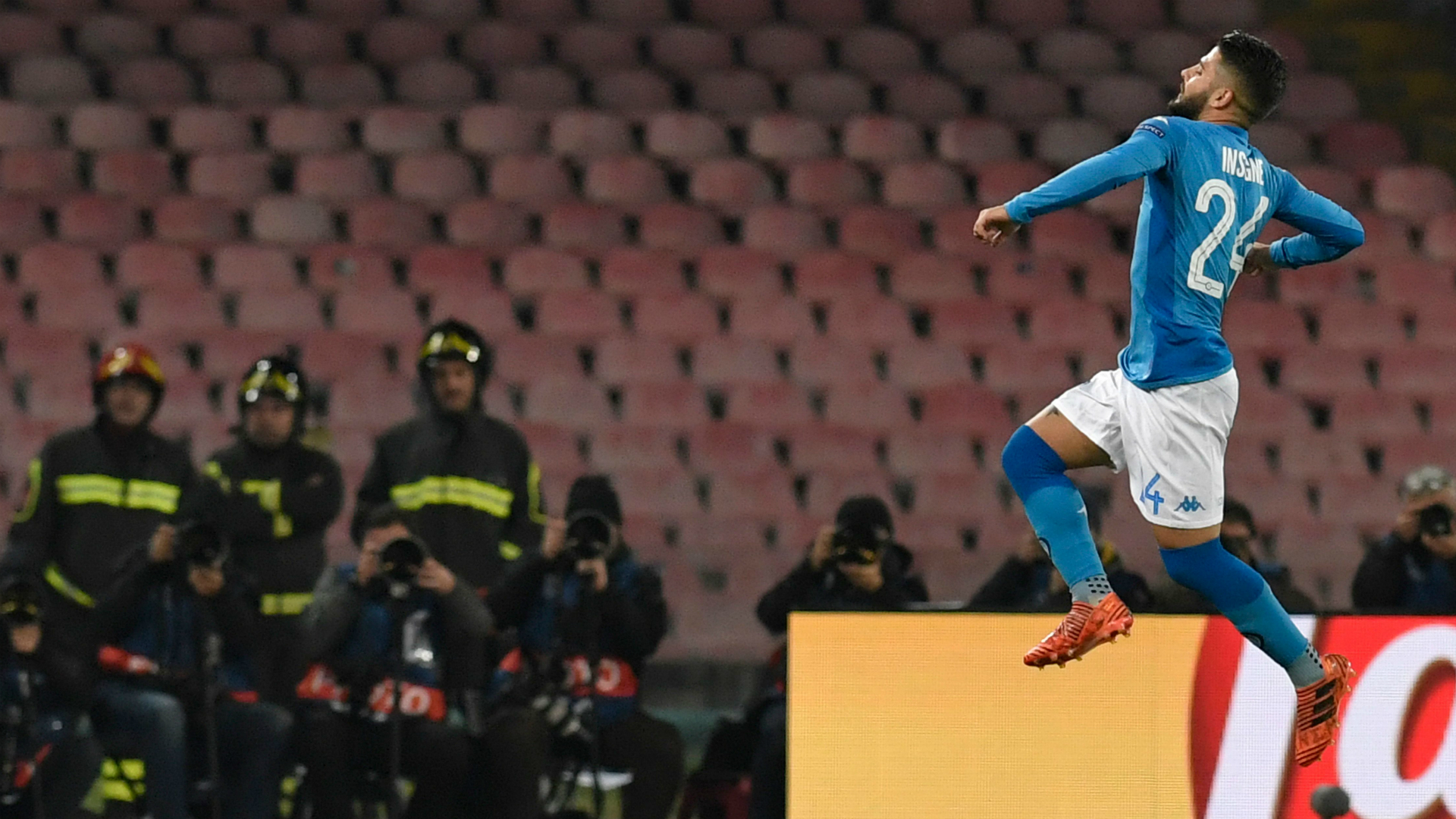 As so sorely underlined in recent weeks, Napoli do not carry anything like the same attacking threat when Lorenzo Insigne is unavailable through injury. A player once considered horribly inconsistent has developed into the Partenopei’s primary source of inspiration.

The diminutive Neapolitan has racked up five goals and four assists so far this season, and ranks third in Serie A for chances created (45), behind only Candreva and Luis Alberto. Perhaps if former Italy boss Giampiero Ventura had relied more heavily on Insigne, he might still be in a job and the Azzurri would be going to the World Cup! 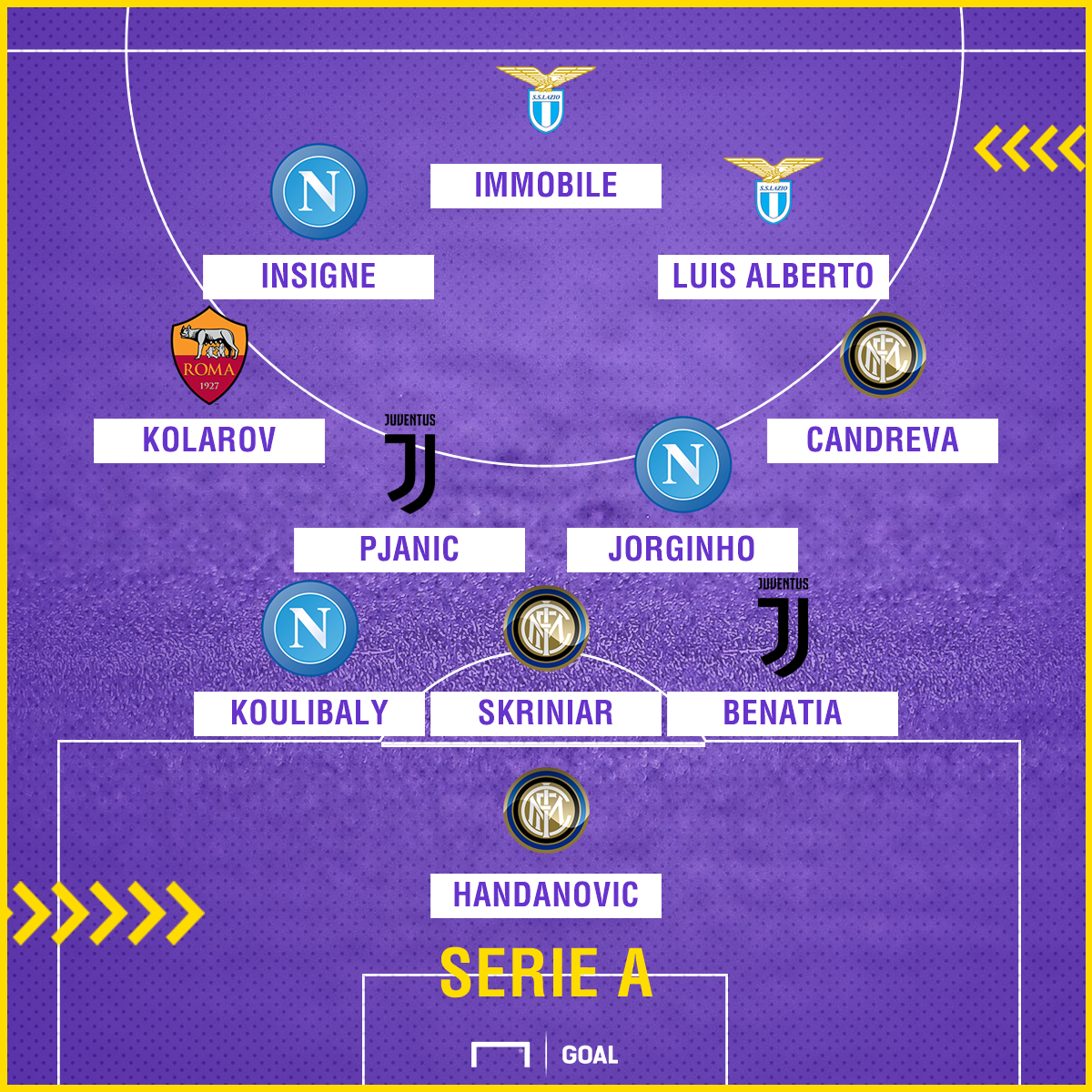