​Former Manchester United player Patrice Evra has shared a screenshot of his personal messages with Cristiano Ronaldo, before the forward’s star turn in the Champions League last 16 comeback against Atletico Madrid, exhibiting all of his supreme confidence.

Juventus were 2-0 down on aggregate after the first leg at the Wanda Metropolitano and staring down the barrel of an ignominious exit at the first knockout hurdle. However, despite notching just one goal in his previous six European appearances, the 34-year-old showed up when it mattered to net the hat-trick that sent his side through against the odds.

And, as revealed by Evra’s ​Instagram post, the forward was confident he could reverse the tie, despite the two-goal deficit.

Replying to a message from the Frenchman which said: “Bro I’m counting on you for the Champions League return!!! I never doubted you!! And people kill me every time you or Juventus lose,” Evra’s former ​United teammate revealed: “I know. We gonna pass [them] bro. [At] Home we smash them.”

Evra explained in the caption: “Behind the scenes… these are messages between me and ​Cristiano five days before the massive comeback!!!

“This just shows you the confidence, the anger, the determination from the best player in the world. We should thank cricri mummy and daddy and of course god for giving to us that nice man and unbelievable player. 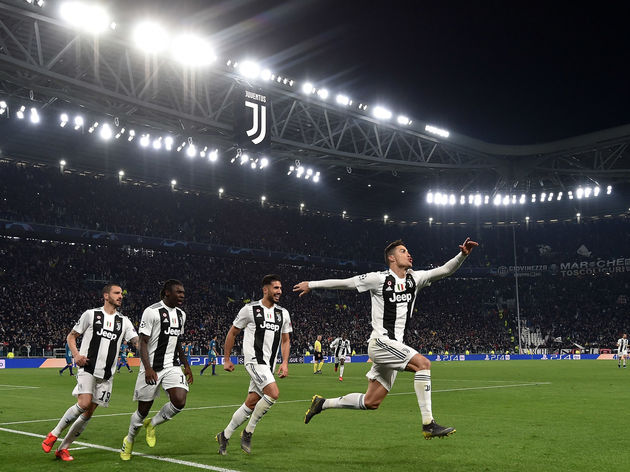 “Every big occasion with big pressure my brother always proves he is the man!!! Soo please don’t be jealous I just wanna share and if you don’t agree I can’t do anything for you …enjoy your life but you have to recognise he is simply the best of the best and don’t try to tap the screen for his number.”

With a 16-point lead at the top of Serie A, Ronaldo and his ​Juve teammates will now be able to throw almost all their focus at the competition which they haven’t won in 23 years, despite several near-misses this decade.