After remaining with United last summer when no serious bids materialised, Pogba’s future has been the subject of increasing uncertainty again during his lengthy injury absences this season. The 26-year-old is entering the final stages of his United contract and the Daily Mail report that ​Real value Pogba at no more than £50m. That is largely because his deal is due to expire in 2021. However, it ignores the 12-month extension clause United are yet to trigger.

The Mail describe an ‘acceptance’ from both the club and player’s camp that a summer transfer is in the best interest for all parties. United maintained last summer that Pogba was and is not for sale, but there is a belief that a £150m offer could have sparked negotiations.

It is extremely unlikely that they will be hammered down to £50m and ESPN have reported that while Pogba is expecting to leave Old Trafford in the coming months, United will refuse to accept a lowball figure and are firmly sticking to their £150m valuation.

Such a figure, however, is unlikely at best to be achieved for a player who has barely featured this season. Pogba currently has no timeframe for his return from injury but is set to feature for France at Euro 2020 – and is expected to leave afterwards unless United convince him otherwise with their summer plans.

90min has learned that United will be prepared to sell for in the region of what they paid for Pogba in 2016 if all other options are exhausted.

Meanwhile, Pogba’s older brother Mathias has been stirring the pot on Spanish television, telling El Chiringuito in no uncertain terms: “Everyone knows that Paul wants to leave Manchester United, he wants to play Champions League football and win titles.”

A lot of what happens will come down to agent Mino Raiola. His escalating war of words with manager Ole Gunnar Solskjaer about who ‘owns’ Pogba looked to have pushed the player further towards the Old Trafford door, but Raiola has somewhat surprisingly climbed down.

He has insisted he wants to ‘reach out’ to Solskjaer, who looked unimpressed when responding to the agent’s tweets posted minutes before United kicked off against ​Chelsea on Monday night, and has stressed Pogba’s commitment to the club, while also refusing to rule out a new contract.

“I will reach out to Ole because nothing serious is going on. I certainly did not intend to have any disrespect to the club or towards him,” Raiola told Sky Sports.

“Paul has great commitment to the club, there is no question about that. Paul has a contract with Manchester United and wants to get back fit as quick as possible and back into the team to be a positive factor until the end of the season,” he added. 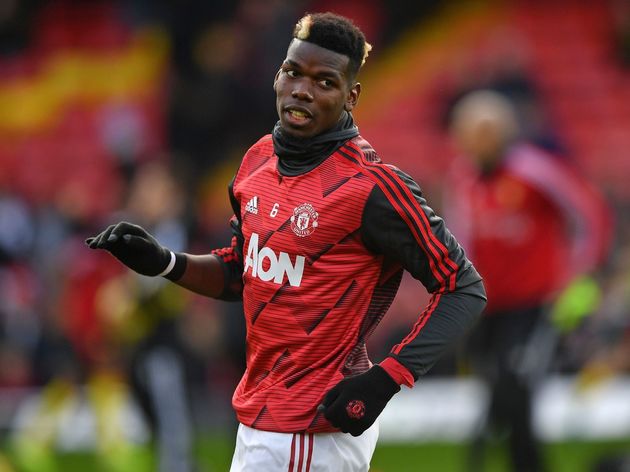 “In this moment, there are no talks [over Pogba’s future]. He is only committed to Manchester United and he respects his contract. Everybody is worried about Pogba leaving, but I am not worried. We are open for talks after he gets back [from injury].”

Raiola also insisted he meant nothing by his recent comments about a possible return to ​Juventus, which is what sparked the current circus, claiming he was only talking loosely about a long-term future and described what he said as ‘very innocent’.