​Juventus forward Paulo Dybala is set for a spell on the sidelines, after sustaining an issue in his quadricep muscle during the 2-1 Champions League second leg quarter-final defeat to Ajax.

Dybala started a Champions League game for the first time since the last 16 first leg defeat to Atletico Madrid, but he was forced to come off at half-time against the Dutch side, after sustaining said injury. 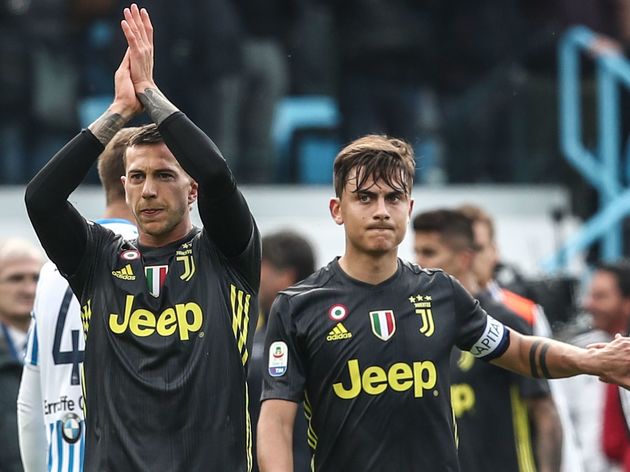 And thanks to this, according to La Stampa, as relayed by ​Calciomercato, the Argentine is now set to be absent for the remainder of the month, ruling him out for ​Juve’s upcoming clashes with Fiorentina and Inter, in which the potential Scudetto celebrations are likely occur.

Indeed, even a return for the Turin derby against Torino on May 5th has been described as ‘difficult’ in the reports.

In the absence of Giorgio Chiellini on Tuesday night, Dybala was acting captain, and following the damaging defeat, which prolongs the club’s wait for a return to European glory for yet another year, he attempted to rally the troops on Twitter.

He wrote: “The captains suffer even more from defeats. They endure them slowly, in silence. The pain will pass, but the beauty of sport is that there is always another trophy, another Cup, another season. Vamos!”

This impassioned cry comes just as rumours linking him with a switch to ​Inter intensify. It is understood that any deal brokered between the sides would involve a swap deal with ​Mauro Icardi, with both parties beginning to see the move as ‘economically advantageous’, according to Tuttosport.