No, you’re not dreaming Manchester United fans and you do not need to pinch yourselves – Juventus forward Paulo Dybala’s agent really has arrived in England to begin talks over a possible move.

The 25-year-old has slipped down La Vecchia Signora’s pecking order ever since Cristiano Ronaldo arrived in Turin, with a tumultuous relationship with previous manager Massimiliano Allegri leading to rumours of a possible exit.

That talk appeared to have gone away when Allegri made way for Maurizio Sarri as manager – but over the last 24 hours, ​Dybala has emerged as a serious swap deal contender for Manchester United as they look to oust ​Romelu Lukaku from Old Trafford – as well as being linked with a move to Tottenham.

Earlier today, ​reports suggested that Juventus were willing to part company with the Argentine, and now it appears the rumours really do have some legs as Dybala’s agent, as reported by both ​Gianluca DiMarzio and ​Fabrizio Romano, has arrived in England to negotiate with Manchester United over personal terms.

Romano claims that Dybala’s preference is to stay with the Old Lady, but he’s not happy with his current situation in Italy – and ​United will push hard to present their case to the former Palermo forward.

He currently earns €6.5m-a-year after tax at Juventus, with talk that he’ll want to earn a staggering €10m-a-year, again after tax, already doing the rounds. 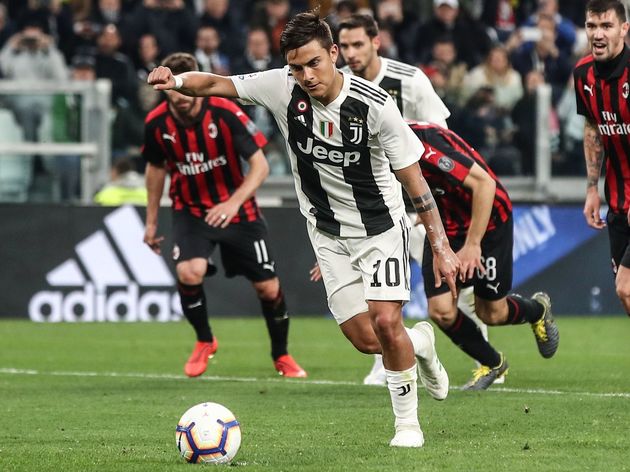 Juventus are seemingly placing the ball in Dybala’s court over where his future lies, much like they have done previously with Arturo Vidal and Paul Pogba – who were allowed to depart Italy despite the club’s unwillingness to part company.

Lukaku, meanwhile, has been strongly linked with Juve’s Serie A rivals Inter, but a deal appears unlikely as the Nerazzurri simply don’t have the financial firepower to match United’s £75m valuation of the Belgian – much to the chagrin of boss Antonio Conte.

Paulo Dybala’s agent is now in England to start talks about personal terms with Manchester United. Juventus are waiting to understand the final decision of Dybala about his future; he’d like to stay but Man United will try to push. 🔴 #MUFC #ManUnited #Juventus #transfers

Last season, Dybala made 42 appearances in all competitions, but managed just ten goals as he struggled to find his place in the team alongside Cristiano Ron​aldo. Lukaku is seen as a better fit next to the Portuguese forward, although a deal seems far from straightforward – as some persuading will need to be done before a deal can be finalised.