With no football for a while, football fans have been left to think of something footballers should do to pass the time​.

What if there was a five-a-side competition, with each league represented by one team? Sounds like a lot of fun!

Without further ado, here’s what the team representing Serie A would like, and why they could win this tournament… Behind the sticks would be ​Juventus’ shotstopper Wojciech Szczęsny. The 29-year-old has been excellent for the Bianconeri, only conceding 17 goals in 19 league games.

At 6’5″, the Polish international would be a towering presence in goal and a difficult figure to put the ball past, given his outstanding reflexes.

He’s also got the ability to wind up opposing players, with smack-talking skills that would translate well in a five-a-side environment. Any ​Spurs players would likely catch heat from the ex-​Arsenal player, as would anyone else who tries to mess with the big Pole. Is there anybody more suited to lining up in defence than Kalibou Koulibaly? Probably not.

The ​Napoli centre-back is strong as they come, but also agile and eager to stride forward with the ball at his feet. Yes, the pitch would be smaller, but he’d no qualms about bombing forward, as he’ll know that he’s more than capable of tracking back.

Like Szczesny, Koulibaly is also not afraid to stick his oar in and has shown before in Serie A his aggressive and slightly sarcastic side. Arguably the complete midfielder, Sergej Milinković-Savić would be a solid addition to any team, but especially a five-a-side unit.

The Serbian international is not just a big old boy, he’s nimble and light on his feet, while also having a deft first touch. Yes, he’d stroke the ball around effortlessly, but he could also thunder-cannon them in from distance, if given half a yard of space.

Physically, he’s as strong as they come and would be the perfecet sh*thouse if you’re looking to wind down the clock or, for whatever reason, keep the ball in the corner. 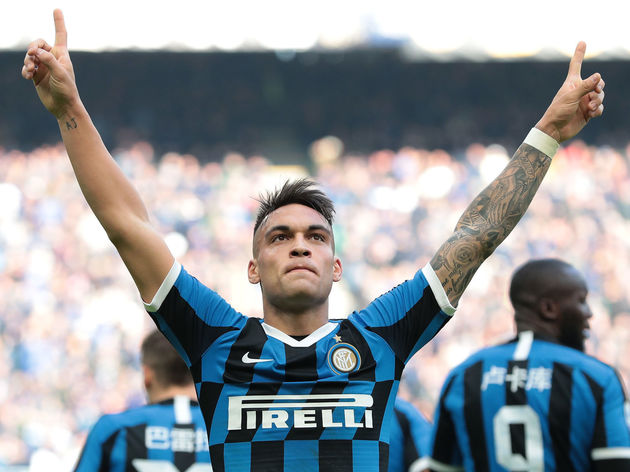 Every good five-a-side team has a maverick player, who often keeps the ball for himself – for better and worse – and doesn’t really have any interest in the team element.

For this very important role, we’ve picked Inter’s Lautaro Martinez. Yes, he’s shown on countless occasions this season that he’s a very good team player, but he’s also shown selfishness in front of goal and a willingness to be the star attraction. That’s exactly what you need in this environment.

Emanating from South America, he’ll (probably) have a bit of a fiery temper on him too and will not want to give a yard. Flopping on the floor, shirt pulling and arguing are all tricks he could pull out, but smashing them into the side-netting – inside the post that is – is his most likely his centrepiece. You didn’t really think this Serie A team would be complete without Cristiano Ronaldo, did you?

If you thought Martinez was going to be selfish, antagonistic and generally a nightmare to deal with, think again – because Ronaldo is here to steal the show and make it all about him. And you know what? He’s going to be bloody brilliant at doing it.

Strong, good with both feet, full of tricks, a lover of good hair products and now in possession of a suave man-bun, there really isn’t anything that Juventus’ leading light can’t do. He also is a born winner – just check out his trophy cabinet for proof.