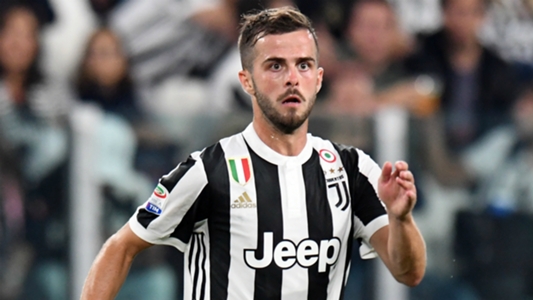 Juventus star Miralem Pjanic has been ruled out of Bosnia-Herzegovina’s upcoming World Cup qualifiers due to a thigh injury as he prepares for a month-long stint on the sidelines.

A torn muscle will force midfielder Pjanic to miss fixtures against Belgium and Estonia, the Football Association of Bosnia-Herzegovina announced.

Pjanic sustained the injury in the warm-up before Juve’s 2-0 win over Olympiacos in the Champions League on Wednesday.

“We spoke to the Juventus doctor. Pjanic has a 2cm muscle tear above his knee and will have to rest for 3-4 weeks,” said Bosnian doctor Reuf Karabeg.

With 75 international caps to his name, Pjanic added: “I am sorry to be injured at this important moment, ahead of the Belgium match.

“I will support Bosnia with all my heart and hope this situation can be another motive for my Bosnian team-mates.”

Bosnia host Group H leaders Belgium – who have already qualified for the World Cup – on October 7 and travel to Estonia three days later, with their hopes of reaching Russia next year still in the balance.

Pjanic and his team-mates are second in the table but cannot qualify directly, though they can still book their spot in the showpiece tournament via the play-offs.