The 25-year-old’s association with the Bianconeri appeared to have ended when he secured a record-breaking £89 million ($112m) return to Old Trafford in the summer of 2016.

He had spent four productive years in Turin, but was expected to flourish in the Premier League and fully unlock his undoubted potential.

That has not been the case during two years of inconsistency and uncomfortable questions and a second spell in Italy is now being mooted.

Current Juve star Pjanic would like to see a deal done, telling Rai Sport: “It’s the dream of our fans.

“The club has signed some amazing players and are thinking of improving the team even more. He would be welcome again here.”

Bringing Pogba back to familiar surroundings could help Pjanic to fulfil his personal ambition, with there a desire on his part to savour European glory.

The Bosnian midfielder added: “My dream is to win the Champions League and we’ll do everything we can to do it.

“The treble is a dream and an objective for us.

“When I arrived the president showed me a picture taken after Juventus’ fifth successive Scudetto. He told me we should have done more. We did it but it’s not over now.” 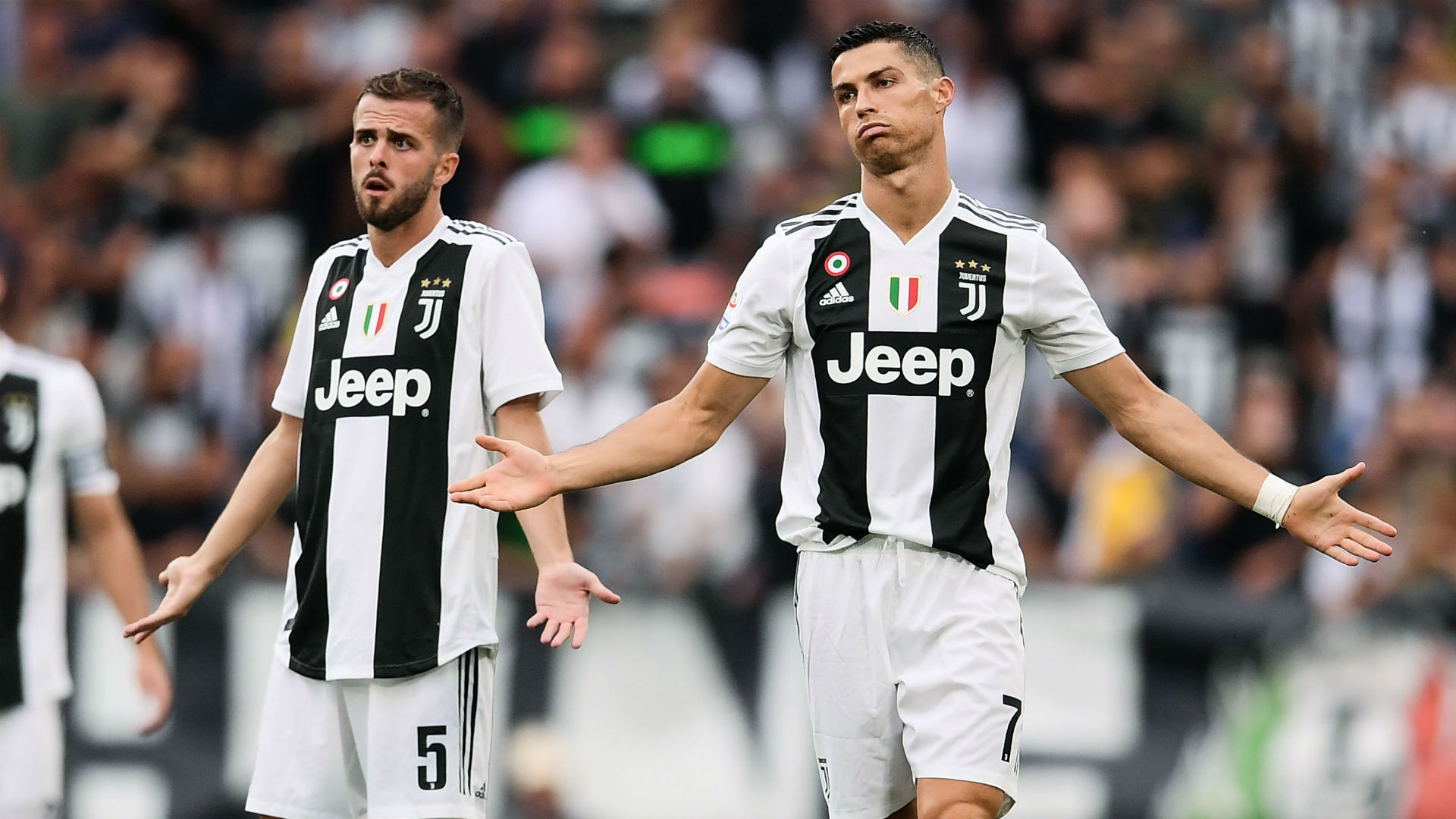 The Bianconeri have already invested heavily in chasing down their goals, with five-time Ballon d’Or winner Cristiano Ronaldo having helped to raise the quality and competitiveness within a star-studded squad.

“Our team is very strong, we are working to improve,” said Pjanic.

“[Massimiliano] Allegri knows exactly how to manage the team and which players should be rotated.

“Cristiano is a plus for us. I think this is the best Juventus side in the history of the club.”

Pjanic added on dressing room leadership now that the iconic presence of Gianluigi Buffon has departed the club: “He is probably the best goalkeepers of all time. He was an important part of the dressing room, he was a true example.

“Now [Giorgio] Chiellini is the reference point, an even bigger reference point than what he used to be. When you play with Gigi and Chiello you learn what Juventus is about.”