The 17-year-old has established himself as a first-team regular for Partizan and, after earning a call-up to the Serbian Under-21 squad, is expected to receive a senior cap before his 18th birthday should international football resume before September. 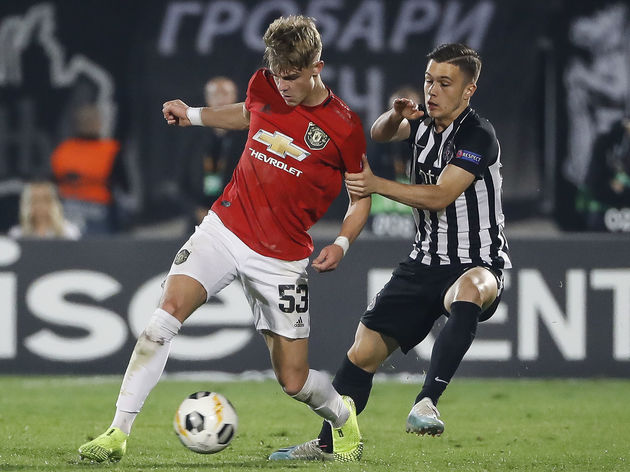 Though he’s unknown to many, Stevanovic has caught the attention of a number of big name suitors – with a source confirming to 90min that as many as 15 clubs from around Europe are keeping tabs on him.

Among those taking a closer look are Champions League holders Liverpool, Pep Guardiola’s Manchester City, 13-time Premier League winners Manchester United and Chelsea. His performances in front of the quartet’s scouts have even drawn comparisons to a young Cristiano Ronaldo, given his skills with the ball at his feet and his impressive ability in the air.

But those four clubs are not alone in their pursuit of Stevanovic. Bundesliga trio Borussia Dortmund, ​Bayern Munich and RB Leipzig have all shown a fleeting interest, while Juventus, Inter, Atalanta, Atletico Madrid, Real Madrid, Monaco and Benfica have all previously contacted Partizan about a possible deal.

Partizan had been hoping to keep hold of him for at least another 12 months, but it seems that even if he does remain in Belgrade a club will look to secure his signature this summer – despite the uncertainty regarding the opening of the transfer window, owing to the disruption caused by the coronavirus pandemic.

Stevanovic’s meteoric rise to the top of many clubs’ wishlists has occurred after little more than 30 senior appearances. But in that time, he’s shown a maturity beyond his years, even playing a small part in Partizan’s Europa League campaign, pitting his wits against Manchester United at one point. Naturally right-footed, his initial inclination is to drive at defenders by cutting inside; a trait that appears to have impressed the swathe of scouts who have been out to watch him.