Paris Saint-Germain are preparing to submit a €60m bid for Juventus forward Paulo Dybala, even if Neymar’s move to Barcelona is not completed – according to a report in France.

Dybala was recently in talks with Manchester United over a swap deal involving Romelu Lukaku, but, while the Belgian’s personal terms were agreed, the Argentine failed to comply, with wage demands and legal issues over his image rights thwarting the move.

It is understood that PSG have now taken up the Dybala mantle and, while Sport have reported that the playmaker is on the club’s transfer shortlist only if they end up selling Neymar, Canal+ have claimed the Parisians are readying a €60m bid regardless.

That kind of fee is likely to be rejected by the Serie A champions, but the Old Lady are looking to shop the Argentine in order to free up further funds this summer, with the transfer window not shutting until August 23 in Italy.

Another man on the French champions’ radar is AC Milan goalkeeper Gianluigi Donnarumma, though as it stands it is understood that any deal for him is in fact contingent on the sale of Neymar.

As for the saga involving the Brazilian, the latest quotes come from Barca’s vice-president, Jordi Cardoner, who, as quoted by the Mirror, explained that ‘at this time’, the move is off.

In full, he declared: “As of today, there’s no Neymar case, as the president [Josep Maria Bartomeu] said, and it’s complicated. 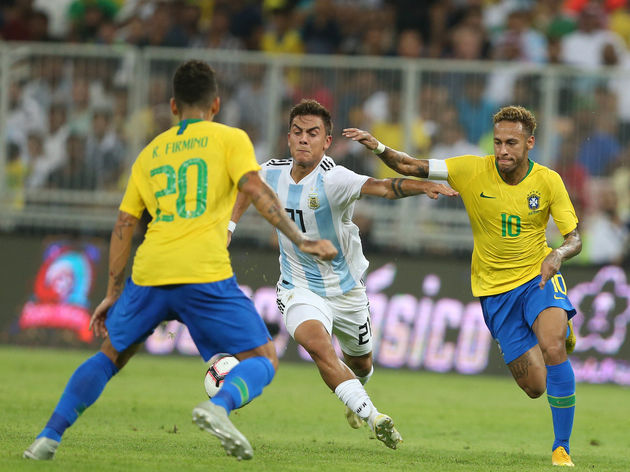 “We are passive actors. We know he’s not happy in Paris and it’s a situation that needs to be resolved in Paris. We haven’t spoken to them. There is a lot of respect between the clubs and if there is a Neymar case one day, we’ll talk.

However, don’t be surprised if, come tomorrow, completely contradictory comments are issued on all fronts.