​Juventus have tied down midfielder Rodrigo Bentancur to a long-term contract amid interest from several European rivals.

The 21-year-old Uruguayan has established himself as an important player for the Bianconeri, with three goals and two assists from 31 appearances as Max Allegri’s side stormed to an eighth consecutive league title.

His performances caught the eye of a number of suitors, including Arsenal and Barcelona, while rumours began to circulate of an impending departure following the dismissal of manager Allegri.

However, the Juve hierarchy seems determined not to even entertain the idea of a summer exit and the ​Serie A giants have moved quickly to secure Bentancur and end speculation, with the club announcing the five-year deal on social media on Saturday.

A statement on the ​club’s official website reads: ​Juventus

“After only making his Bianconeri bow two years ago, Bentancur has shown in that time that he can be a dependable, intelligent and an agile midfielder, who demonstrates his class each time he steps onto the pitch. 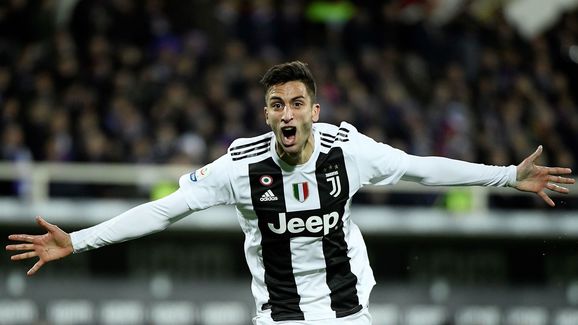 Juventus are preparing for a big summer after they were eliminated in the quarter-finals of both the ​Champions League and Coppa Italia last season. ​Aaron Ramsey has already joined the club this summer, while big-money deals for Matthijs de Ligt and ​Paul Pogba are also believed to be in the pipeline.