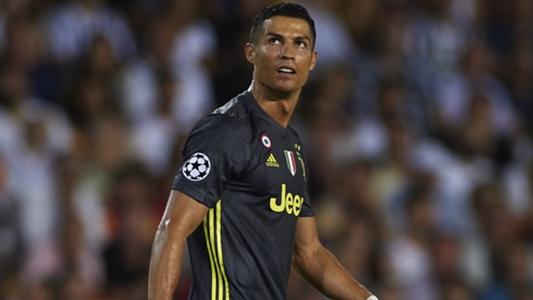 Miralem Pjanic labelled Cristiano Ronaldo’s red card “absurd” after the Juventus star was sent off in his team’s Champions League win over Valencia.

Ronaldo was dismissed before the half-hour mark at the Mestalla on Wednesday after a coming together with defender Jeison Murillo.

In his first European appearance for the Serie A giants, Ronaldo saw red, but Pjanic netted two penalties – and Dani Parejo missed one for Valencia – to see Juve to their win.

The Bosnia-Herzegovina midfielder felt his side were dominant early and he was shocked by Ronaldo’s red card.

“Football is a strange game. We could have been 4-0 up after the opening period, then came that absurd sending off,” Pjanic said, via the club’s website.

1 – Cristiano Ronaldo has received his first red card in the Champions League in his 154th appearance in the competition. Off.
— OptaJoe (@OptaJoe) September 19, 2018

“It was like the Lyon game [in 2016]. We dug deep and found the spirit we needed to take us all the way to the final.

“That’s what we need to do again.”

Pjanic isn’t the only one to speak out regarding Ronaldo’s dismissal, as fellow Juventus star Leonardo Bonucci said the Portuguese star was left “angry” by his dismissal while the former Real Madrid winger’s sister came out in his defense as well.

Valencia boss Marcelino also revealed that a tearful Ronaldo insisted he did nothing wrong.

Ronaldo will be suspended for Juventus’ next Champions League match against Young Boys following Wednesday’s dismissal.

Juve and Manchester United, who cruised past Young Boys, are both on three points in Group H.