Imagine winning the Ballon d’Or. A lifetime of blood, sweat and tears finally recognised by being voted the very best footballer in all of the lands.

Now, imagine winning the Champions League. Months and months of hard work finally paying off as your team is crowned kings of Europe.

Both are pretty good feelings, right?…But which is better?

Well, the following players will never know. They are part of a very exclusive club of Ballon d’Or winners who have never lifted the European Cup.

Strap yourself in for some heartbreak ladies and gentlemen, it’s going to be emotional. ​The evergreen Sir Stanley Matthews was the inaugural winner of the Ballon d’Or in 1956. His age at the time? 41 years young.

Despite having his career interrupted by the outbreak of World War II, the skilful and speedy Matthews still managed to clock up nearly 700 appearances by the time he finally retired at the age of 50.

He’s also the only player who’s ever likely to win the award while playing for Stoke City – though Rory Delap must have come close in 2009? A ​Lionel Messi prototype, this fleet-footed Argentine became a ​Juventus legend, leading the Old Lady to three Scudetti in the late 1950s and early 1960s.

However, the European Cup eluded Sivori. In fact, he never even got past the quarter-finals. Poor fella.

​​The best Czech player of all time, Josef Masopust scooped the Ballon d’Or the same year that he scored the opening goal of the 1962 World Cup final.

The closest he came to securing Europe’s greatest club prize came during the 1966/67 season when Celtic’s ‘Lisbon Lions’ defeated Dukla Prague in the semi-finals. Regarded as one of the most elegant players to ever play the game, nicknamed ‘The Emperor’, the Hungarian forward picked up two prizes at the 1962 #World Cup, sharing the Golden Boot with five others & winning the Best Young Player award. pic.twitter.com/L2HkoMDtUv

​After the Mighty Magyars had fallen, Florian Albert spearheaded a new generation of Hungarian footballing royalty.

Nicknamed the Emperor, Albert was a classy, composed forward with a remarkable scoring record for Ferencvaros – where he spent the entirety of his career. Despite dominating the Hungarian League, they were never able to replicate this success on the European stage. ​Spending most of his 20-year career at Dynamo Kyiv, the Tzar’s blistering pace and incisive dribbling saw him win the Ballon d’Or in 1975.

After his playing days came to an end Blokhin kept himself busy by entering politics as well as having a lengthy managerial career with the likes of Olympiacos, AEK Athens and Ukraine.

​​1977 Ballon d’Or winner and the only player to score in the European Cup, UEFA Cup and Cup Winners’ Cup finals? Corrrr, Allan Simonsen has had quite the career.

The icing on the cake would have been a European Cup win, but ​Liverpool – who defeated the Dane’s Borussia Monchengladbach side in the 1977 final – made sure that didn’t happen.

​Perhaps the most forgotten Ballon d’Or winner of all time, Igor Belanov – who scooped the award in 1986 – may be more memorable if he had won a European Cup during his career.

The closest the diminutive number ten came was a Cup Winners’ Cup triumph in 1986. That came two years before the lowest moment of his career – missing a penalty in the European Championship final. Ouch. ​Lothar Matthaus has come closer than anyone on this list to tasting Champions League glory – three minutes to be precise. ​One penalty miss has callously clouded the legacy of one of the best Italian players of all time. ​The only African player to even win the Ballon d’Or, George Weah’s combination of skill, strength and speed made him the most fearsome striker in the world in the mid-1990s.

While at Milan, Weah was part of an impressive strike force including Roberto Baggio and Dejan Savicevic, making it curious that they never managed to taste continental success. ​Ronaldo’s career is tarnished somewhat by a feeling that he could have been ​even better if his body had allowed.

Persistent knee issues affected him throughout the second half of his playing days, which goes some way to explaining why one of the best strikers of all time never lifted the Champions League trophy. He did score 14 goals in the competition, mind. And got ​a standing ovation against Man Utd. 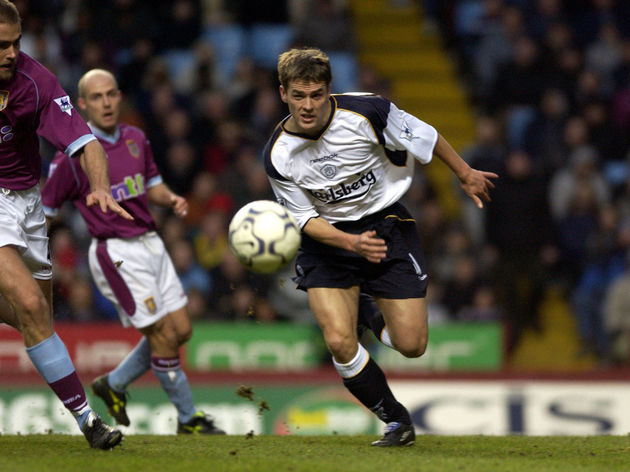 ​Another scarily good talent who had his career marred by injury, Michael Owen was just 21 when he won the Ballon d’Or.

He was snapped up by ​Real Madrid three years later, hoping to help Los Blancos lift the 2005 Champions League title. In a cruel twist of fate, ​Liverpool – the club Owen had departed in search of European glory – would end up winning it. What a stinger.

Pavel Nedved beat off competition from Thierry Henry and Paolo Maldini to surprisingly win the Ballon d’Or in 2003.

The floppy-haired free-kick specialist came agonisingly close to winning the Champions League the same year, missing out on Juventus’ defeat to Milan in the final due to suspension. Perhaps it would have been different if he was available… ​Contrary to ​some people’s belief, defenders can and should be awarded the Ballon d’Or from time to time.