The Real Madrid star fluffed two more set-pieces as he was frustrated against Paris Saint-Germain, extending his appalling record from dead-ball situations in recent times

Real Madrid had a frustrating evening against Paris Saint-German on Wednesday but no player will have come away from the Parc des Princes more disappointed than Cristiano Ronaldo as he extended an unwanted record.

The Portuguese star had two more free-kick attempts against PSG, though he failed to test the goalkeeper with both and only beat the wall with one, which means that he has now scored just two free-kicks from his last 88 attempts.

Ronaldo’s reputation as a free-kick specialist is beginning to evaporate, with Miralem Pjanic among the players showing him how it’s done; the Bosnian has scored four from eight attempts this season alone, while Tottenham’s Christian Eriksen netted two in one game against Swansea City. While Pjanic’s free-kick strike-rate stands at a healthy 50 per cent, Ronaldo has scored only 2.2 per cent of his recent attempts, a pitiful return for a man whose infamous dead-ball stance is practically a trademark itself. In fact, Pjanic would need to miss his next 162 free-kicks to have such poor figures!

In total, Ronaldo had six shots against PSG without scoring (though his 33% shot accuracy was at least higher than his free-kick accuracy), and that was a major factor in Madrid picking up an unwanted record.

The stalemate against the French champions was the first time in seven years that los Blancos have failed to score in a group game, when Juventus shut them out back in November 2008. Ronaldo better find those shooting boots fast!

So, is Ronaldo’s free-kick ability just a little overrated? Decide for yourself… 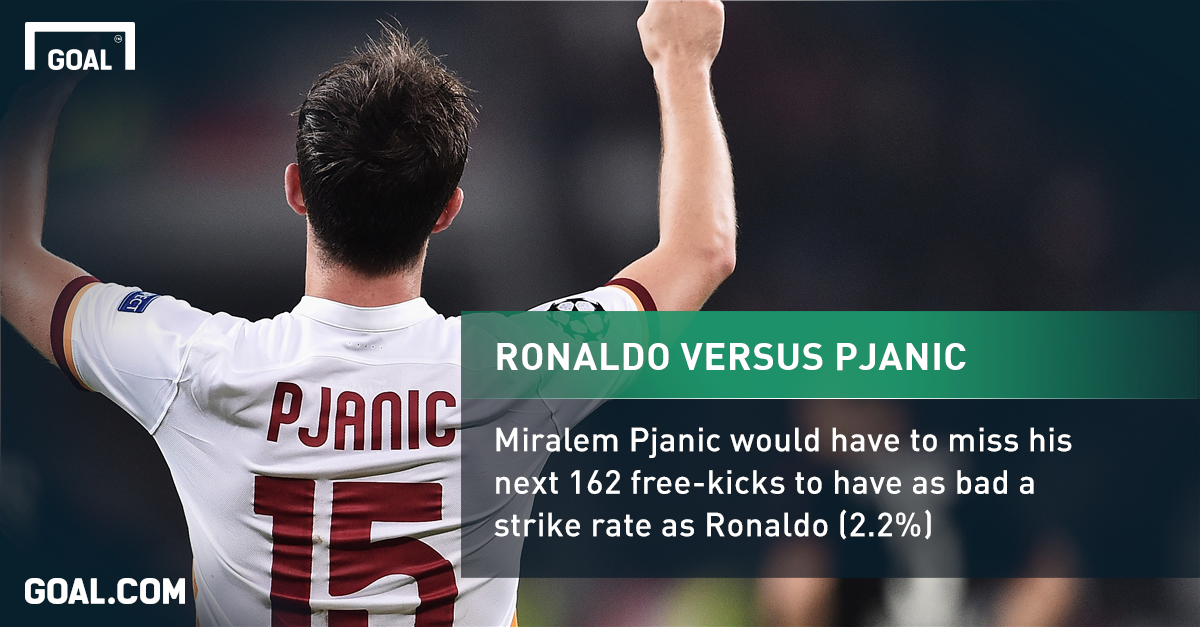 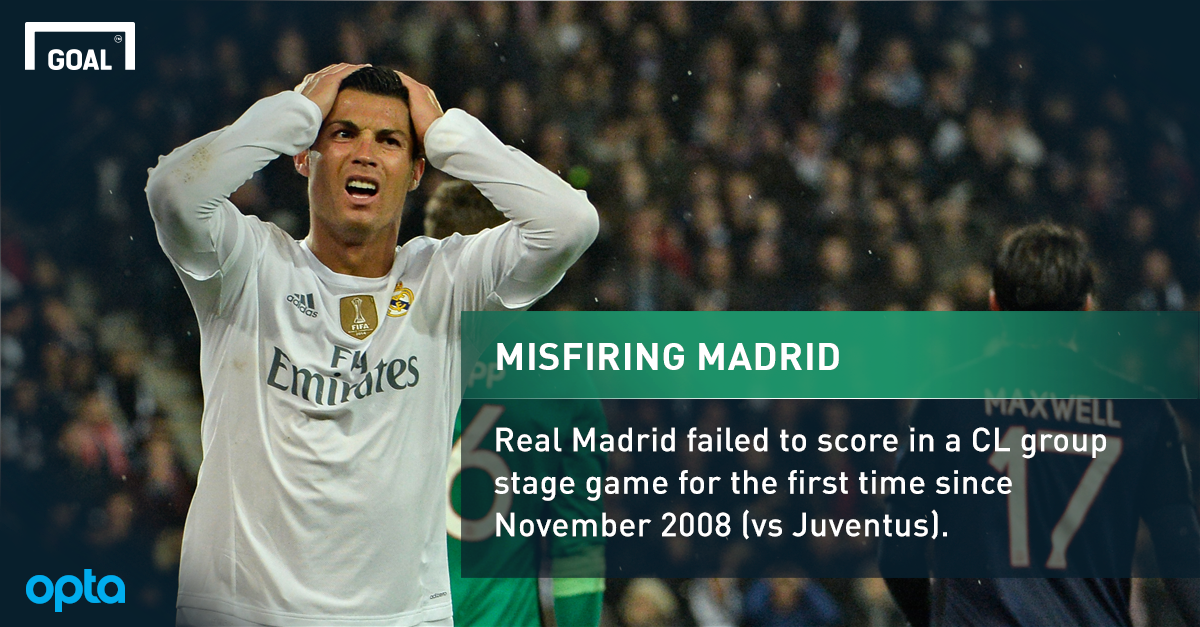