The end of the 2018/19 season is still more than a month away, but plans for 2019/20 are already taking shape across Europe, with no clubs wanting to be left behind when the market opens for real in July. 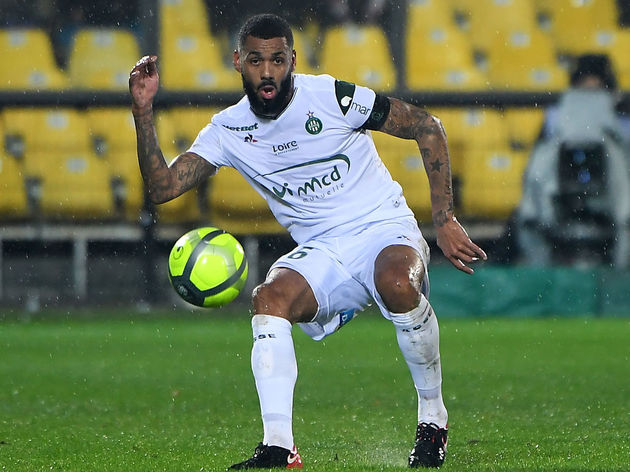 West Ham have been tipped to bring former Sunderland midfielder Yann M’Vila back to the Premier League after taking what have been described as ‘concrete steps’ to sign him.

M’Vila spent the 2015/16 season on loan with Sunderland. That deal was never made permanent, much to the displeasure of Black Cats supporters, and the player returned to parent club Rubin Kazan, before joining Saint-Etienne last summer.

News of West Ham’s apparent interest in reported by L’Equipe and shared by Sport Witness. There is, however, no suggestion of what size fee might be involved. M’Vila was linked with Arsenal a number of years ago, prior to joining Sunderland, while there were rumours of a possible move to Fulham ahead of this season. According to SportBild, another shared by Sport Witness, Arsenal, Everton, West Ham and Burnley are the Premier League clubs with eyes on Fortuna Dusseldorf forward Benito Raman.

The 24-year-old Belgian has only just joined Fortuna permanently after an initial loan spell, but the four English sides have apparently been ‘regularly’ sending officials to watch him.

Raman has scored 10 times this season and has described it as his ‘goal to play in the Premier League someday’. The nature of the report raises suspicions that it might be hollow for now. Manchester City are said to be leading AC Milan in the race to sign Gremio striker Everton.

The 23-year-old Brazilian has been likened to existing City star Gabriel Jesus, signed from Palmeiras in January 2017, and The Sun cites sources in Brazil to claim that the reigning Premier League champions have spoken with Gremio ‘in recent days’.

It is said Everton has a release clause estimated at £90m, but that Gremio are in need Liverpool assistant coach Pep Lijnders has hinted that the Reds would be interested in signing Wolves midfielder Ruben Neves after speaking glowingly about the 22-year-old.

Neves has taken the Premier League by storm this season and Lijnders is already familiar with the Portugal international after previously spending seven years as an youth coach at Porto.

“I know him very well, his ambition, his passion for the game, his professionalism. I know what he gives to the team and this type of player always interests us,” Lijnders told O Jogo. A report from OK Diario in Spain has placed doubts over the Real Madrid future of 2014 World Cup winner Toni Kroos after claiming that a poor season and interest from Paris Saint-Germain in particular has the potential to lead to a Bernabeu exit.

PSG are apparently prepared to offer €80m for Kroos and hand him a 50% pay rise should he trade Spain for France. But the Parisians are not the only club credited with interest as Manchester United, Manchester City and Juventus are all also mentioned.

The Sun reported last month that United could sign Kroos for around £50m this summer, having narrowly missed out on the player back in 2013.

That being said, OK suggests Real still have faith that Kroos will rediscover his form of old, especially after the recent return of Zinedine Zidane as coach. The latest on the future of much talked about Lyon and France midfielder Tanguy Ndombele has it that representatives for the talented 22-year-old have met with Juventus.

Ndombele has been linked with a host of Europe’s top clubs in recent months, with Manchester United, Liverpool, Chelsea and Manchester City from the Premier League alone.

Add to that rumours about Real Madrid, PSG and Borussia Dortmund.

Juve may well have their work cut out, but a report originating in France at least suggests they have taken an early positive step towards potentially signing the €80m-rated starlet.