As clubs up and down the country begin their pre-season campaigns, fans are being treated to the plethora of transfer rumours that come with it.

Managers get a glimpse of the playing squads they have in front of them and will inevitably have their eyes on transfer targets to boost their chances of success.

With just over a month left for clubs to make their signings, there are plenty of rumours doing the rounds. Let’s take a look at the pick of the bunch from the past few days. ​Prior to the 2018 World Cup, every major club under the sun was linked with a move for the Serbian midfielder. However, a disappointing tournament saw speculation dampen, temporarily at least.

Now, Italian publication ​SportMediaSet claim ​Manchester United have rejuvenated their interest in the Lazio man and are ‘particularly’ keen on Sergej Milinkovic-Savic to help revitalise their midfield. ​Saido Berahino could be offered a way back into first-team football by ​Birmingham City, as current club ​Stoke City are looking to sack the forward following a drink-driving conviction.

​The Sun say the Blues are set to offer a trial to the Burundi international, who scored five goals in 56 appearances for the Potters. Berahino’s form has been in decline since a move from West Brom to ​Tottenham Hotspur broke down in 2015.

The forward is expected to leave the bet365 Stadium this summer, and the Midlands side look his most likely destination. Birmingham recently lost Che Adams to ​Southampton and manager Pep Clotet might see Berahino as the perfect replacement. ​Sky Sports report that Darlow, who hasn’t featured for the Magpies since April 2018, is being lined up by Rovers as a replacement for David Raya, who is close to finalising a move to Brentford.

An official bid has not yet been tabled, but boss Tony Mowbray is believed to favour an experienced Championship goalkeeper. ​​Bournemouth have had a bid of £2.5m turned down for Luton Town full-back Jack Stacey. The defender has been virtually ever-present for the Hatters in back-to-back promotion seasons from League Two to the Championship, scoring four goals in that time.

According to ​Sky Sports, Eddie Howe has failed in this attempt to convince Luton to allow the full back to join the ​Premier League side.

Luton have already lost another full back in James Justin to Leicester this summer, and will be keen to avoid losing another as they attempt to cement their place in the second tier. Turkish Super Lig champions Galatasaray are ready to make a move to capture ​Watford’s Stefano Okaka, who spent the second half of the 2018/19 season on loan at Udinese.

However, the ​Watford Observer have been told that the Turkish giants’ valuation of the player is below Watford’s.

During his spell in ​Serie A this year, Okaka scored six goals in 16 games. The Italian, who still has two years on his deal at Vicarage Road, is set to move on this summer, but Galatasaray’s valuation of £2.5m is too low. ​​Premier League side ​Crystal Palace are in pole position to sign Atalanta wing back Timothy Castagne as the two clubs reach an advanced stage of discussions.

As reported by ​Football Italia, if Palace make a minor improvements to their Brazilian winger Douglas Costa is ready to reignite his career at ​Juventus, following a disappointing campaign in 2018/19 in which he provided just one goal and two assists in 17 appearances.

The 28-year-old is said to have impressed his management, particularly new head coach Maurizio Sarri by arriving early at the team’s training camp for pre-season.

As quoted by ​Goal, the forward said: “ 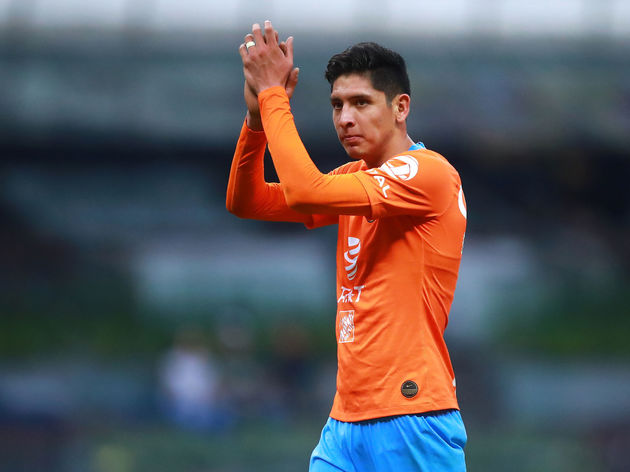 The future of defender Edson Alvarez looks set to be decided in the coming days, as Mexico’s Gold Cup run comes to an end after they take on USA in the final on Sunday.

Alvarez, who is still just 21, has attracted interest from Ajax as well as both Wolves and West Ham, but the Mexican is believed to favour a move to the Premier League​, according to ​FutbolTotal.

West Ham have joined Wolves in registering a formal bid for the centre back, believed to be in the region of

​Lucas Vazquez is one of a number of ​Real Madrid players who could leave the Bernabeu this summer, and his availability has attracted the interest of a number of clubs.

Arsenal’s intrigue was reported earlier in the week, but according to Christian Falk (via AS), ​Bayern Munich have entered the race for the Spaniard.

However, the Bundesliga club are yet to register an offer to Real Madrid and the Gunners remain in pole position to complete the deal.