The final stages of the domestic season are always incredibly exciting, but the fun doesn’t stop when the trophies are raised.

The transfer window is inching ever closer, and expect deals to come flying in left, right and centre.

Here are five rumours for you to look out for. Teams are always on the lookout for exciting wingers, and Genk star Leandro Trossard certainly fits the bill. The 24-year-old has racked up 19 goals and eight assists this season, and his form has turned him into a man in demand.

According to Kicker (via ​Sky Sports Germany), both ​Arsenal and ​Everton are keen on Trossard, but they face serious competition from Wolfsburg, who are said to have opened negotiations for the Belgian.

He could command a fee of around €16m, which seems like smart business from any side. Goals win games, and Trossard scores plenty of goals.

Wolves to Beat Inter to Signing of Cedric Soares Cedric Soares has had a rollercoaster ride in 2019. The Southampton defender secured a loan to Inter in January, with a view to a permanent switch to San Siro. However, things have not gone to plan.

The 27-year-old has failed to impress in Milan, and they are reluctant to spend €11.5m to sign him permanently. As a result, super agent Jorge Mendes has sprung into action and, according to ​TuttoMercatoWeb, Soares could be on his way to ​Wolverhampton Wanderers.

Anyone with a Portuguese passport has found themselves linked to Wolves since the start of the season, and Nuno Espirito Santo’s side have actually signed plenty of them. Could Soares be next? Tottenham Hotspur have long been on the lookout for a backup to Harry Kane, and Werder Bremen’s Max Kruse could be that man. Unfortunately, signing him will not be so straightforward.

Mauricio Pochettino wants to secure a free transfer for the striker, but ​Sky Sports Germany claim that Inter are looking to steal the 31-year-old away from under Spurs’ nose.

Kruse has managed 11 goals and 13 assists this season, so it should come as no surprise that Bremen want him to sign a new deal. Tottenham certainly have their work cut out for them if they are to get this one over the line. Atletico Madrid are not messing about. Clearly not keen on waiting until the transfer window opens, Los Rojiblancos look to have secured a move to sign two of the Portuguese league’s top talents.

According to ​A Bola, Porto duo Hector Herrera and Alex Telles have both agreed moves to the Wanda Metropolitano in the summer, as Diego Simeone looks to build a side capable of competing for multiple trophies.

Herrera will move on a free transfer once the midfielder’s contract expires at the end of the season, whilst Atletico will spend around €30m to sign left-back Telles. ​Friends stick together. 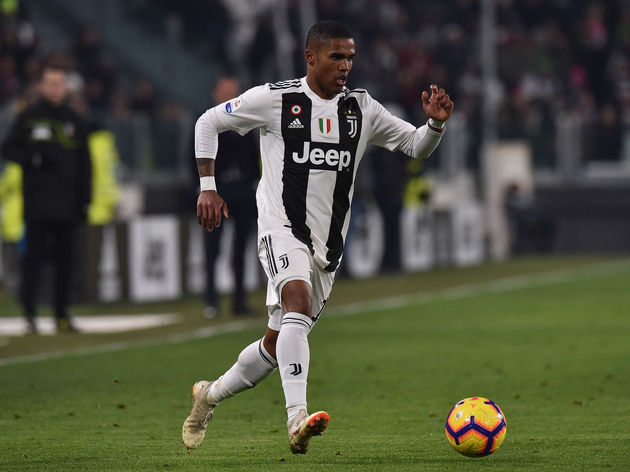 Douglas Costa’s Juventus career has hit bump after bump ever since he completed a permanent switch to the club last summer. Injuries? Check. Red cards? Check. Spitting and elbowing an opponent? Check.

Despite this, he remains a wanted man. Juventus have grown weary of Costa’s inconsistency, and ​Tuttosport claim the Brazilian will have no shortage of potential suitors if Juventus decide to part ways with him.

​Manchester United, ​Manchester City, Paris Saint-Germain and Inter all want him, and Tottenham have now entered the race for the 28-year-old’s signature. His agents look to be in for a busy summer.