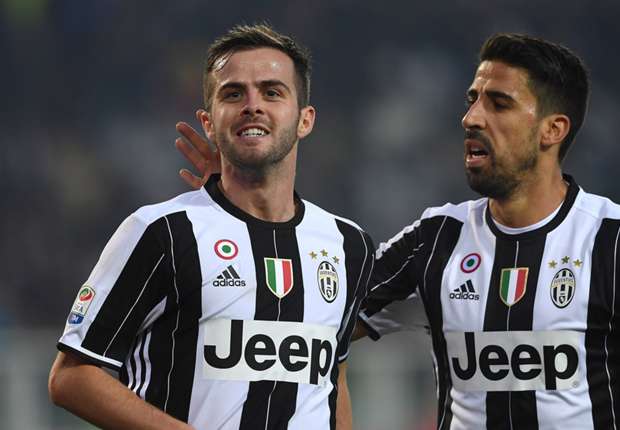 Ahead of Friday night’s Serie A game at Atalanta, the Bosnian midfielder was given a rub down by a team-mate

Miralem Pjanic seemingly has a new masseur at Juventus in the form of fellow midfielder Sami Khedira.

Conte: My heart is in Italy

A video released on social media showed the pair together in the physio’s room, with Khedira giving his team-mate a rub down.

Pjanic, however, sought the aid of massage cream for the midfielder, though Khedira had other ideas, jokingly pretending to spit on the Bosnian’s leg

Juventus will be aiming to take another step closer to the Serie A title on Friday night when they take on Atalanta away from home.