The Roma playmaker has made a habit of bursting the back of the net from set-pieces, and he was on target again as Switzerland suffered a second successive defeat

Miralem Pjanic showed off his set-piece prowess yet again with another stunning free-kick, this time sealing victory for Bosnia against Swizterland on Tuesday night.

The Roma playmaker has arguably been the deadliest free-kick specialist in football over the last two years, and found the back of the net yet again to see off the Swiss at the Stadion Letzigrund in Zurich.

With Edin Dzeko having opened the scoring in the first half, Pjanic effectively wrapped up the win in the 57th minute, curling a brilliant right-footed effort beyond the despairing reach of Yann Sommer and into the top corner.

The Gladbach goalkeeper was powerless to stop Pjanic’s delicious effort as Switzerland slumped to a second successive friendly defeat, having also lost to the Republic of Ireland on Friday.

Incredibly, despite their wealth of talent, Bosnia failed to qualify for Euro 2016, and they’ll be wishing Pjanic had managed to find his range in qualifying; the 25-year-old failed to net a single goal, from either a set-piece or open play.

Nevertheless, Pjanic leads the way across Europe’s top five leagues this season with the most goals from free-kicks, netting four times, while Gareth Bale and Kevin De Bruyne led the way in Euro 2016 qualifying with two apiece. 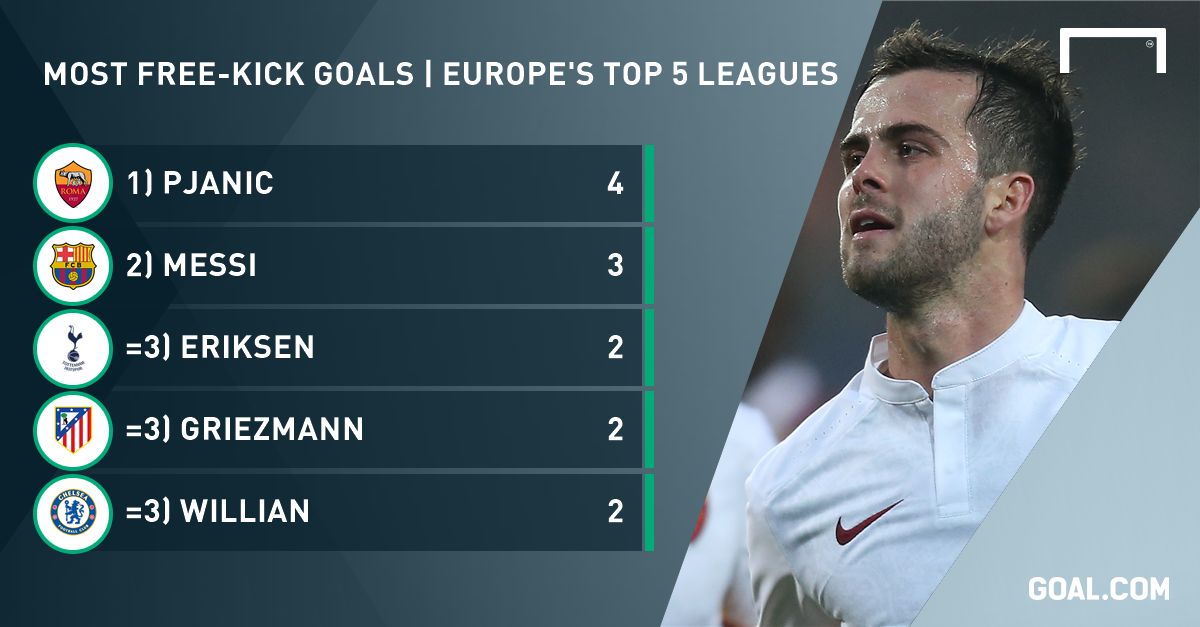