​Juventus stand on the brink of sealing a record-breaking Serie A title this weekend as the Bianconeri’s stranglehold on the Italian top flight grows ever-stronger – and their dominance says little for the competitive nature (or lack thereof) of the division.

With the Bianconeri the only Italian side to have reached the knockout stages of the Champions League this season, the plight of Serie A is in stark contrast to the prosperity of the Premier League and the longevity of La Liga’s finest.

​Juve’s dramatic comeback to secure their place in the quarter finals with victory over ​Atletico Madrid in the round of 16 was something of a triumph for Serie A over the Spanish top flight, but it was also a sign that the Italians are only just about hanging in there on the continental scene.

But for ​Cristiano Ronaldo’s heroics in the second leg of the tie, Italy’s sole competitor in the Champions League would have been eliminated from the knockout stages at the first time of asking by the third highest power of Spanish football.

Considering Juventus were ranked among the very favourites to win the competition at the start of the season, that represents something of a downfall both for Massimiliano Allegri’s side and for the apparent state of Italian football. So too does the Bianconeri’s impending retention of the Serie A title. Should Juve beat ​Milan and ​Napoli lose to Genoa at the weekend, Allegri’s side will be crowned Italian champions for an eighth consecutive season.

With seven games to spare, the triumph would mark the ​earliest point in the season that a team has ever sealed the title.

Of course credit is due to Juventus for their dominance over Italian football. The Old Lady can only play what is in front of them, and their continued success is a mark of their quality and consistency.

However, there is also a case to be made which suggests that Juventus have hardly had to break a sweat to all but secure their latest domestic crown, and which indicates that their nation-best quality provides no guarantees of international prosperity. Last season, Napoli posed a genuine threat to Allegri’s side as they eventually went on to secure their seventh straight title. Maurizio Sarri’s side appeared to have turned the tide in their favour with a stunning 1-0 victory at the Allianz Stadium in April.

Those events pushed Napoli to just a point behind Juventus with only four games remaining, though a later collapse from the Partenopei allowed the champions to scrape to another title – much to the relief of Allegri’s side.

This season, there has been no such threat to Juve’s supremacy. Napoli are the Bianconeri’s closest challengers once more but, with eight games of the Serie A campaign remaining, Carlo Ancelotti’s side are a whopping 18 points adrift of the champions.

However, their continued dominance is playing out against the backdrop of Serie A’s decline. 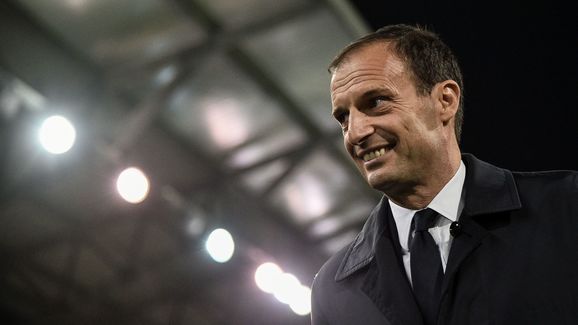 The traditional superpowers of Milan are not even in the picture, nor are the fallen giants of Roma – who had reached the semi finals of the Champions League last term, but appear to have gone into reverse this season.

A clash between Juventus and Milan would historically be a potentially season-defining encounter but, despite the recent improvements shown by Gennaro Gattuso’s side, it is virtually written before kick-off that the Rossoneri pose little to stand in the way of Juve’s march to another title.

Napoli’s post-Sarri decline this season is clearly represented by their dramatic drop out of serious contention for the title, whilst Roma’s capitulation following their apparent renaissance last term has seen them fall to seventh in the league at present.

Meanwhile, the recent Milan derby provided a typically thrilling encounter at San Siro, but one which also displayed the unfulfilled potential of both sides as ​Inter scraped to victory.

The 3-2 scoreline reflected the highly watchable nature of what was an entertaining game, but the quality of both sides in the game was some way short of their past calibres.

Inter’s Champions League triumph of 2010 under Jose Mourinho now seems a distant memory as Luciano Spalletti struggles to get to grips with his talented side, constantly overshadowed by the Mauro Icardi soap opera and undermined by uninspired transfer business.

Milan’s former glories are in danger of being cast adrift in the history books as continuous squad upheavals, executive-level re-jigs and a seemingly confused sense of direction which lacks a clear way forward continues to blight any potential rise of the fallen giant.

 Allegri: “I don’t think that the Scudetto will be decided this weekend. However, it will be 15 intense days ahead of us, but the team is going well and we are ready to play the final part of the season.”#JuveMilan #ForzaJuve

In these regards, Juventus really have Italian football at their mercy. The Bianconeri have been some way short of their emphatic best over the course of this season, often stuttering to unconvincing victories and lacking the kind of fluidity and precision required in their game to raise their level even further.

Pressure has mounted on Allegri’s side this term to capitalise on their comfortable domestic dominance by staging a genuine assault on the Champions League, particularly given the transitional struggles of fallen champions ​Real Madrid this term. 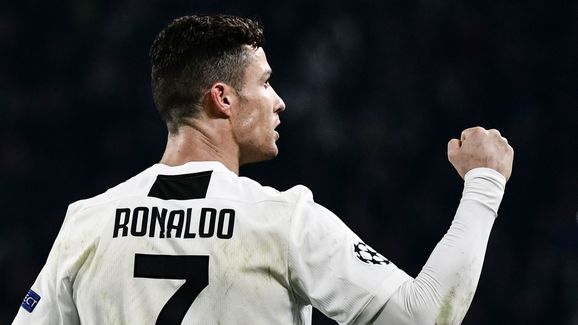 There had often been suggestions during the Portuguese’s time in the Spanish capital that Madrid were over-dependent on the attacking exploits of their star man. Juventus’ recent heroics against Atletico largely hinted that Allegri’s side have fallen into the same trap of dependency on their new star man.

With great power comes great responsibility, and Juve are finding that their overwhelming domestic dominance is not an easy power to translate in Europe, least of all with the greater expectations fulled by Ronaldo’s presence as the centre-piece of their star-studded side.

Perhaps the greatest hindrance to Juventus’ strive for further improvements, though, is the perpetual decline of Serie A over recent years.

Domestic leagues provide teams with the platform to build consistency and strength in identity. However, in a league in which Juventus barely have to break a sweat to impose their authority, the Bianconeri are at risk of their continental standing falling the same way as Serie A’s decline.