United have perhaps been the club most heavily linked with Haaland, who scored eight goals during the Champions League group stage. In all competitions, the 19-year-old has managed an astonishing 28 so far this season and has been likened to Romelu Lukaku and Zlatan Ibrahimovic. Ole Gunnar Solskjaer has a pre-existing relationship with Haaland after managing the teenager at former club Molde. The United boss has even had ‘personal scout’ and Scandinavian expert Simon Wells keep a close eye on the player’s development this season.

But while United seem fairly determined to make Haaland part of their long-term rebuild and have been tipped to make an approach for the January transfer window, other sides now increasingly appear better placed to land his coveted signature instead.

According to The Guardian, Haaland’s ‘main priority’ in choosing his next club will be where he has the best chance of starting most games. There is said to be a concern from him and his father, former Leeds and Manchester City midfielder Alf-Inge, that playing time could be limited at United if he has to compete with Anthony Martial and Marcus Rashford for a starting place. There is also interest from Juventus, whom Haaland turned down before joining Salzburg over concerns he wouldn’t play – “I thought it was too early to go there”. But the player is expected to reject the reigning Italian champions again for the same reason, with the presence of Cristiano Ronaldo, Gonzalo Higuain and Paulo Dybala likely to make it very difficult.

It is why Borussia Dortmund and RB Leipzig have now emerged as the new favourites.

There have been murmurings of a possible Leipzig move for a little while, but serious Dortmund interest had been reported much more recently. Just this week, Haaland has made visits to both German clubs, who can offer him more realistic promises of regular starts. 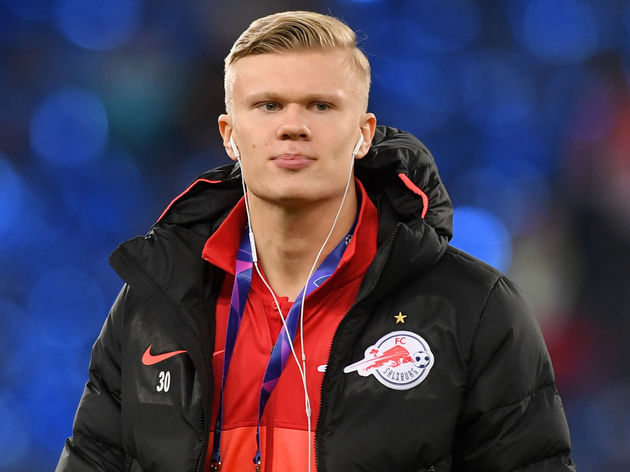 The aforementioned Guardian report notes that Haaland has offers on the table from Dortmund and Leipzig, with each said to be ‘pushing hard’ for a January deal.

But Haaland still isn’t expected to make up his mind until at least holding talks with United and Juventus, so a move to either certainly cannot be ruled out at this stage.